The 2021 Honda Pilot remains the flagship model and the SUV that dictates the trends within the Japanese carmaker. But, do not expect too much, since the new generation is due for 2022. So, during next season we will see the premiere of the fresh Pilot. Meanwhile, the offer will be refreshed with some packages that could show us the way of development of the new SUV.

The upcoming season is not going to disappoint fans of the Pilot just because it comes the same as before. We were hoping to see the plug-in hybrid version, which will make the vehicle more competitive in the demanding market. Well, this nameplate made a stunning entrance in 2015 with the latest generation. The SUV became the best-seller, but ever since, the sales are dropping. Without changes, 2020 and 2021 year models could drop under 100k per annum. The new generation will revive the interest for sure, but there are a lot more things to be done.

Without the hybrid unit, the 2021 Honda Pilot is still offering only a single drivetrain. Some will say a V6 is one of the most durable and reliable units in the US. But, there are more buyers that would like to see some other engine, smaller or bigger than the existing one. Not to mention the hybrid version, which is delayed again.

A 3.5-liter powerplant can give you 280 horsepower and 262 lb-ft of torque. That is enough for 23 mpg of combined fuel economy. The company could drop a six-speed auto gearbox and keep a nine-pace transfer case as the sole option. Well, this one is more efficient, so the move has reasoning. The base setup includes a front-wheel drive and a towing capacity of 3,500 pounds. Optionally, you can choose an AWD and trailering package to improve the hauling potential to 5,000 pounds.

Fans, experts, and even rivals were sure the Japanese carmaker is on the way to launch the hybrid version of its SUV next season. After years of disappointment, Honda had the last chance, which the manufacturer is missing. It is very strange since the premium Acura has a perfect unit for the 2021 Honda Pilot. The Sport Hybrid setup combines a 3.0-liter engine with electric motors to improve the outputs to 320 hp. Plus, the fuel-saving is there and option to upgrade the system to deliver more power. Rumors say the Acura MDX Type S could be the PHEV. We were hoping a similar configuration could find the space for the Pilot’s engine room. But, it is not going to happen in the next two seasons.

The biggest addition to the current model is the Black Edition. It will refresh the lineup until the new generation appears. Still, it doesn’t replace the fresh design and engines. Also, we don’t know if the 2021 Honda Pilot is going to offer this version. The rest of the lineup will be there for sure. The LX model comes with eight seats and 18-inch wheels. A few other features will make the SUV more comfortable. Still, the EX package raises everything to another level with tri-zone climate controls, a 10-way power driver seat with heating, and services such as Apple CarPlay and Android Auto.

Touring is already a premium version that matches some offer for the Acura MDX, another Honda’s product. A 10-speaker audio system is a highlight alongside the large touchscreen display at the center console. Second-row seats are also heated, and communication between driver and passengers in back seats is possible through Cabin Talk. The 2021 Honda Pilot Elite offers the most impressive features Honda is delivering. For example, there are captain’s chairs in the second row, with heating and ventilating. The panoramic sunroof will upgrade the overall impression.

It looks like Honda is losing the pace with rivals. Toyota Highlander Hybrid is already veteran in the market and the new Ford Explorer is also there. Its premium version, Lincoln Aviator delivers 450 hp from its PHEV system. Pilot is not in this business, leaving it with fewer buyers. Even the Jeep Wrangler is going to bring the PHEV drivetrain and these three models are the only mid-size SUVs with 200k+ sales. Chevy Traverse, Nissan Pathfinder, and other non-hybrid models can’t compete with this technology.

The new 2021 Honda Pilot will keep the price at the same level as before. However, $34,000 is a bit high. You can find several other models in the same segment at around $31,000. If you are willing to splash more money, the Elite version seems to be a good value. Still, it is in premium waters with a $50,000 price tag. Lexus RX and Infiniti QX60 could be purchased for this sum.

A Step Closer to the 2021 Honda Element Comeback

Posted by James - July 1, 2020 2
Fans are frequently asking is Honda bringing back Element crossover. This versatile model stole the hearts of its owners with… 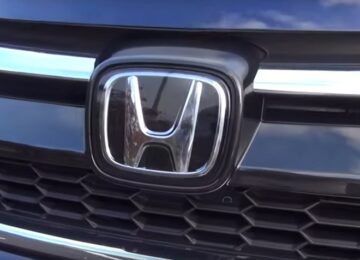 Posted by James - July 22, 2019 0
The growing competition in the mid-size three-row segment will make the 2020 Honda Pilot present some new features. One of…