Those vehicles are not going to stun you with the magnificent performance. But, if you are looking for a safe city car, then the subcompact crossover SUVs can be a great option. Plus, some of the models we are going to mention are also excellent choices for the off-road drive. Nevertheless, the main highlight, and the reason why fans are buying small SUVs, is the gas mileage.

Popularity and sales of subcompact crossovers are not close to its larger siblings. But, companies are not leaving a vacant spot. Many new drivers decide to start with small vehicles and with experience, they come after bigger wheels. Here are the models that will be available at dealerships in 2023. 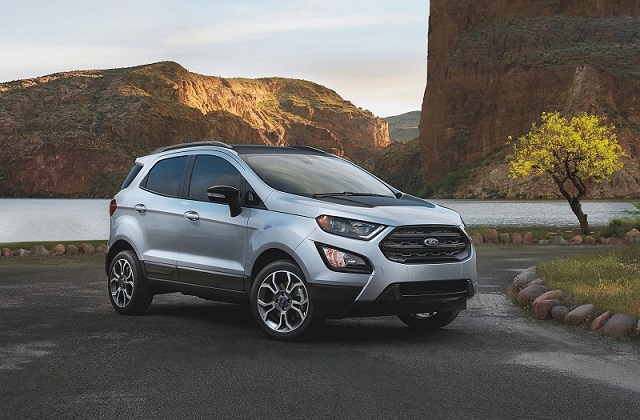 For a quite while, people are asking will there be a 2023 Ford EcoSport? The vehicle is still part of the lineup. In Europe, the US carmaker introduced Puma, which was believed to replace the EcoSport. But, it was never confirmed by chiefs.

The styling is updated, so don’t expect big changes on the 2023 Ford EcoSport. Under the hood is a 1.0-liter turbocharged inline-three engine. It delivers 123 hp and 125 lb-ft of torque. The crossover is still using a 2.0-liter naturally-aspirated drivetrain with 166 ponies. All-wheel drive is standard for this engine. The gas mileage in the urban areas drops to 23 mpg. A three-cylinder mill returns 28 mpg. The base price of the 2023 EcoSport stays put.

The 2023 Subaru Crosstrek steps out of this list. It is a subcompact crossover, but the Subie is going to deliver much more than just a fuel economy boost for the city drive. The Crosstrek is also capable to meet the demands of off-roading fans. Highlights are the same we know that every Subaru vehicle is going to keep. Those are the Boxer engine and 4×4 drive. There are three drivetrain options, making the 2023 Crosstrek even more interesting.

But, one model is under the spotlight. The 2023 Subaru Crosstrek Hybrid is ready for the next step. It is already one of the most efficient systems in the market. Subaru wants to expand the hybrid lineup, but also to improve the setup for the subcompact crossover. Currently, it consumes 35 mpg. The electric motor boosts the 137-hp rated petrol unit with another dose of power (117 hp). The MSRP of the Crosstrek starts at $22,300. Hybrid increases the price by more than $12,000. 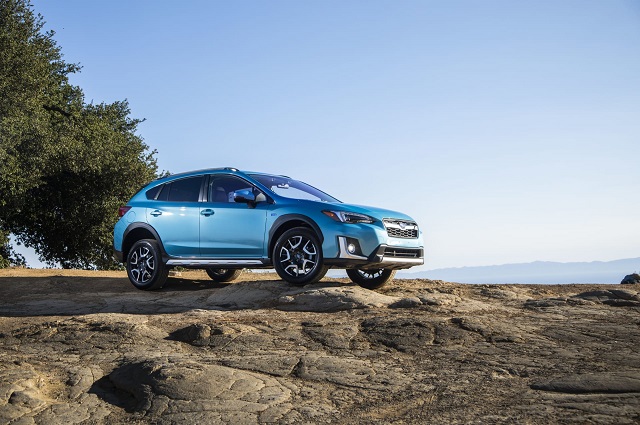 Korean manufacturers are making their way in the US market. The 2023 Kia Soul is going to be one of the most interesting models. The base version is something we expect from the subcompact crossover – a 2.0-liter engine and 147 horsepower. But, the 2023 Soul Turbo is enhancing the performance with a 1.6-liter inline-four engine and 200 horsepower. A seven-speed auto gearbox shifts quickly, but there are a few complaints about clunky work.

The 2023 Kia Soul EV is not going to be available in the US. The manufacturer is focused on other vehicles. Fans are disappointed since the electric Soul can cover 280 miles in a single charge. More companies are going to enter this segment in foreseeable future. An extra option is always welcome.

The 2023 Chevy Trax is questionable for the new season. Well, it’s been a mystery for the last few years, but the crossover comes back. General Motors will start producing Trailblazer. Although its size positions the new crossover between Trax and Equinox, it could threaten the future of the currently smallest vehicle in the lineup.

So, the 2023 Trax is coming unchanged. The pricing starts at $21,500. High-end versions are not going to exceed $27k. All versions are equipped with a 1.4-liter engine and 155 horsepower. All-wheel drive is optional, and a six-speed auto is standard. LS and LT are the trim levels. 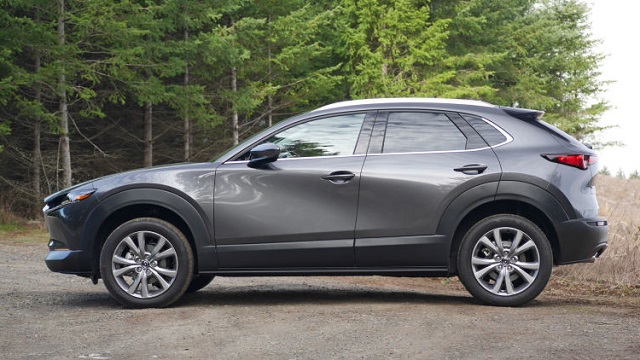 The new segment is threatening the existing subcompact crossover SUV class. The 2023 Mazda CX-3 stays in the lineup, although the CX-30 was introduced recently. It slots between the smallest model and the CX-5. The CX-3 is 168 inches long, and the CX-30 is 5 inches longer. Also, a 2.0-liter 148-hp rated engine is more suitable for the subcompact class, while the CX-30 shares the configuration with a much larger CX-5.

The base price of the 2023 Mazda CX-3 starts at $21,000. That is one of the best offers in the market, having in mind that the Japanese company delivers the Rotary engine and upscale interior. The only package available for this crossover is called Sport. Highlights are 16-inch wheels, a 7-inch touchscreen display, blind-spot monitor and plenty of other safety features.

HR-V is the best-selling subcompact crossover. A 1.8-liter four-cylinder engine is efficient, delivering 140 hp, 127 lb-ft of torque, and 28 mpg in the city. You can upgrade the ride with the AWD, but the system doesn’t consume too much more gasoline. Experts are praising the interior. Have in mind this is the subcompact crossover. But, the cabin offers enough space.

Honda focuses on functionality and practicality. So, it is a surprise when drives criticize acceleration and engine noise. All the latest smart device services integrations are available. Still, the 2023 Honda HR-V won’t offer high-end premium options, like some rivals. 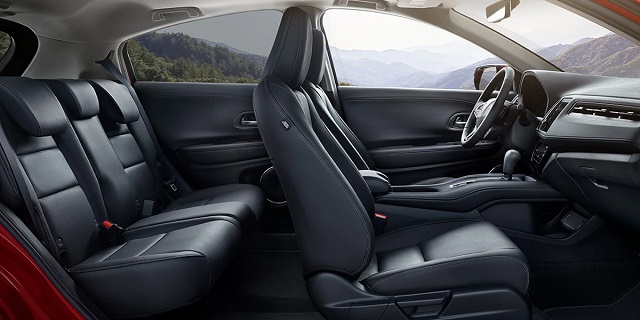 Chevrolet might lack hybrid options in the compact and mid-size SUV classes, but their first electric crossover is already available. Bolt EUV starts the evolution, and in the near future, you will see more electric vehicles, including Cadillac Lyriq luxury SUV and Hummer electric truck.

The 2023 Chevy Bolt EUV is going to use a battery that can cover 250 miles and deliver 200 horsepower. The base version costs $34,000. The competition might force the GM to drop the price for the 2023 YM. Premier package adds $4,500. The 0-60 acceleration is 6 seconds. The battery needs 30 minutes of recharging on the DC fast charger to restore about 30 percent of the battery.

After Tuareg and Tiguan, Volkswagen is introducing a new crossover for the US market. The 2023 VW Taos is drawing attention with its fresh styling and features. The first owners are pretty happy with the handling and maneuvering. A 1.5-liter turbo-four engine can provide enough juice even for a highway drive and longer trips. All-wheel drive is expected to return for the 2023 YM. Experts are praising the size and comfort of the cabin.

Still, the vehicle might face a few problems. First of all, the AWD system showed issues and the company already stopped orders of those configurations. The transmission is sometimes lazy, especially when downshifting. The engine could be less noisy. The base cost of the 2023 VW Taos is $23,000 and raises up to $35,000 with premium options. 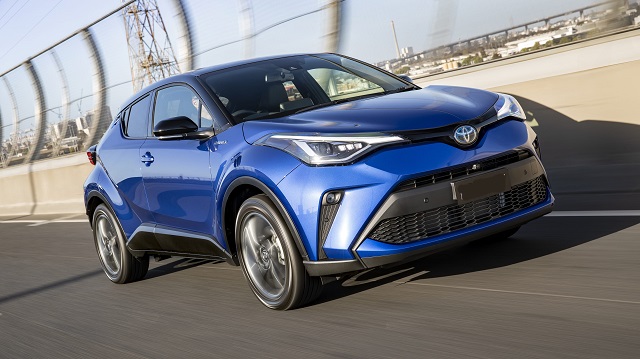 Toyota owns the best-selling compact crossover. The Rav4 is a leader, not only in sales but also in innovation. On the other hand, it seems that the C-HR is not getting so much attention. The vehicle is unchanged for a while, and we don’t expect updates on the 2023 Toyota C-HR.

Fans know all about the subcompact crossover. A powerplant can produce 144 hp and 140 pound-feet of torque. Besides that, the gas mileage is 27/31 mpg. Attractive styling is making the 2023 Toyota C-HR recognizable. The price of the base version is $21,500. XLE and Limited packages are optional upgrades. The C-HR is not offering all-wheel drive.

The 2023 Kia Seltos is the new subcompact crossover by the Korean carmaker. It is positioned above Soul but still belongs to the same class. The front bumper makes the approach angle more suitable for off-road adventures. The Company packed the vehicle with a lot of options. The base trim levels are LX, S, EX, S Turbo, and SX Turbo. Like with the Soul, inline-four and turbo engines are offered.

Safety is definitely a highlight of the 2023 Kia Seltos. You are getting a lot of standard equipment. Cargo space is generous for the subcompact crossover. Passengers’ comfort is not compromised. Of course, the warranty is the best reason why Kia is growing so fast. On the other hand, the price is above the competition. It starts at $22,500. While the turbo engine is a great choice, the base engine will be underperforming, especially with not-so-perfect automatic transmission. 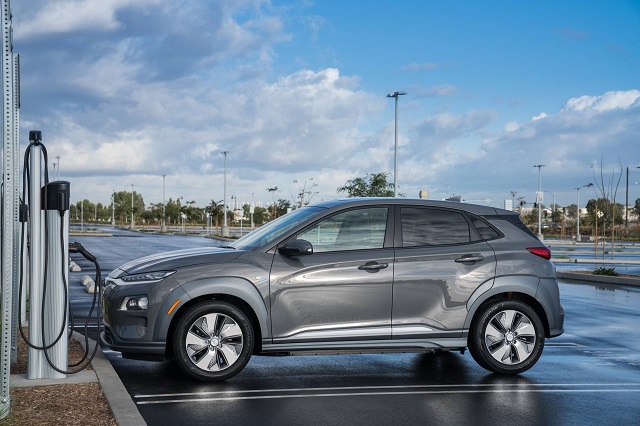 The 2023 Hyundai Kona N is the performance-oriented version that will draw attention to the rest of the lineup. This top of the range crossover is going to deliver 275 horsepower thanks to the turbocharged 2.0-liter engine. Of course, it costs more than other editions. The standard lineup is using 2.0-liter and 1.6-l turbo units. So, you can pick between 147 and 195 horsepower.

The vehicle was recently updated and there won’t be big changes on the 2023 Hyundai Kona. One of the key downsides is the comfort of passengers in the rear row. But, the driver and co-pilot will get more room. The carmaker makes it up with plenty of options. Even the base SE package is bringing a few cool features. SEL, N Line and Limited are upgrading the offer. Finally, Hyundai offers an extended warranty, just like Kia.

Nissan replaced Juke, but the new Kicks didn’t make some stunning results in the market. Its ordinary look compared to the predecessor disappointed a lot of fans. But, the company was focused on other projects. One of the reasons why the 2023 Nissan Kicks is not going to sell fast is the Rogue Sport. The Japanese company started the production of the vehicle smaller than the very popular Rogue.

The new 2023 Nissan Kicks is not going to be priced under $20,000 anymore. The base version was affordable, but it was not exciting at all and we had to invest a lot to get features that are standard on other crossovers. The SV and SR are higher trim levels. However, with all the upgrades, the 2023 Kicks won’t cost more than $25,000. 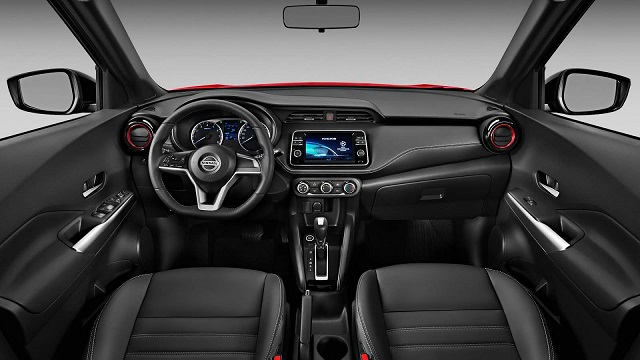 There are speculations about the Mini or Baby Jeep. Besides the question about the styling, specs, price, and release date of the new model, we are wondering what are the intentions with the 2023 Jeep Renegade. For now, the subcompact crossover will stay the part of the lineup, although the poor market performance makes experts believe it is time for big changes in the lineup.

Jeep and FCA are doing a great job in the SUV segment. But, they need big changes in the crossover tier to keep up with the competition. Not only the 2023 Jeep Renegade needs a radical upgrade, but also compact Cherokee and Compass. One thing that holds the vehicle in the game is the off-road capable Trailhawk version. Everything else is just average or already seen.