Best Coupe Crossovers and SUVs in the US

It all started back in 2008, when BMW launched the X6. It was a coupe-version of the X5 SUV, with a more aggressive appearance, mostly thanks to a sloped roofline. The look of these coupe SUVs and crossovers are eye-catching and its design is improving aerodynamics and overall driving experience. But, a downside is a lack of interior space, especially at the back. Nowadays, we have many coupe crossovers and SUVs. Looking at the list, you’ll notice that German carmakers are dominating. However, other carmakers also recognized the moment, so we have not only vehicles from the luxury segment.

In the future, more companies from the exotic car world will join the party. We are sure that Ferrari, Bugatti, Lotus, and others, are going to take advantage of the more appealing appearance, rather than make their vehicles more functional. Coupe crossovers and SUVs are currently not the most favorite versions of their counterparts since buyers prefer utility over look. 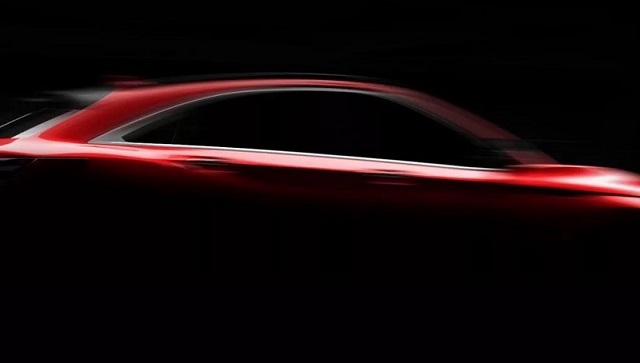 Let’s start with the pioneer in this class. The 2021 BMW X6 is the coupe mid-size luxury SUV that shares a platform with X5. The German carmaker made a radical move when it introduced a new lineup of vehicles in 2008. The first units were available at dealerships only a year later. Now, the X6 is in the third generation and it still ranks as one of the most popular coupe crossovers and SUVs.

The vehicle will offer a six-cylinder engine as the base configuration. A 3.0-liter displacement returns 335 hp. The real deal starts when you add a V8. A 4.4-l engine creates 523 hp and 555 lb-ft when you choose the M50i package, or up to 617 horsepower when the M model is combined with the Competition bundle. Nevertheless, the price is making the coupe SUV out of reach for most fans. The top of the lineup model will cost over $120,000.

It is hard to tell which is the very best among coupe crossovers and SUVs. But, we can say that 2021 Porsche Cayenne Coupe is one of the most expensive. Another German company is delivering such a vehicle. Porsche is the first manufacturer that turned from the exotic segment to the SUV world. Cayenne is its original model, which is now available with the coupe design.

Like the standard lineup, this version will also offer five trim levels with five different engine configurations. The 2021 Porsche Cayenne Turbo S E-Hybrid Coupe is the highlight of the squad, with 670 horsepower. Lighter E-Hybrid edition will come with 335 hp. Conventional configurations include Turbocharged 3.0, twin-turbo 2.9, and a large 4.0 V8 mills. The base price of the mid-size coupe SUV is over $75,000. The most powerful edition on this list costs nearly $100k more. 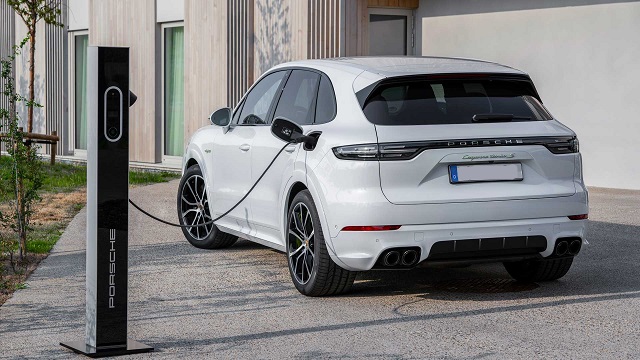 There is only one nameplate in the coupe crossovers and SUVs world that is more expensive than Cayenne – the 2021 Lamborghini Urus. After Porsche, Lambo is the next exotic manufacturer in this realm. Its first model is Urus and it belongs to the mid-size class. We didn’t expect a conventional look and the coupe design enhances the overall impression.

Like Porsche, Mercedes is adding a coupe version of its mid-size SUV. BMW is using even numbers in nomenclature to indicate the coupe, while odd numbers are reserved for SUVs with a conventional look. But there is a trick with this one. The 2021 Mercedes AMG GLE is available only with the performance package.

The lighter option of the AMG tuning includes a 3.0-liter turbocharged I-6 engine and 430 horsepower. You will find this version behind the AMG GLE 53 Coupe sticker. The AMG GLE 63 S Coupe will bring on the party with 605 ponies and 627 lb-ft. A handcrafter 4.0-liter V8 is getting a special treatment to maximize the outputs and price, which won’t be under $116,000 even before any upgrade.

Q8 is one of the newest coupe crossovers and SUVs. The company unveiled it in 2018 and the mid-size vehicle also offers a performance SQ8 model. It will make Audi competitive again, especially against its archrivals, BMW and Mercedes. The standard lineup includes three trims: Premium, Premium Plus and Prestige. The base price starts at $68,500 and is heavily loaded, the cost of the 2021 Audi Q8 will enter the six-digit realm.

Under the hood of the standard lineup is a 3.0-liter turbo unit with 335hp and 370 lb-ft of torque. The SQ8 will exploit a 4.0-liter mild-hybrid system with 500 hp. You can find this configuration already in the Q7. In Europe, the SQ8 is built on a diesel unit. The RS Q8 is the high-end option that will be all-new for 2021 Audi Q8. With this package, the coupe SUV is going to create 590 hp and 590 lb-ft of torque. Bosses say the new version will hit 60 mph mark in just 3.7 seconds.

Let’s go back to the pioneer of the coupe crossovers and SUVs segment. The Bavarian carmaker offers three models, and the second-most-popular one is 2021 BMW X4. As you can guess, this is a coupe modification of the compact X3. The luxury crossover is getting an all-electric variant, iX3, and we would like to see the iX4 EV as well.

Although compact, the 2021 BMW X4 will use a V6 engine with 380 hp. But, this is not the high-end option since the X4M Competition is delivering 504 ponies. The base version comes with a turbo-four and 250 hp. The base price starts at $51,000, which is above some mid-size luxury SUVs. With the M Competition, the MSRP reaches $80k. 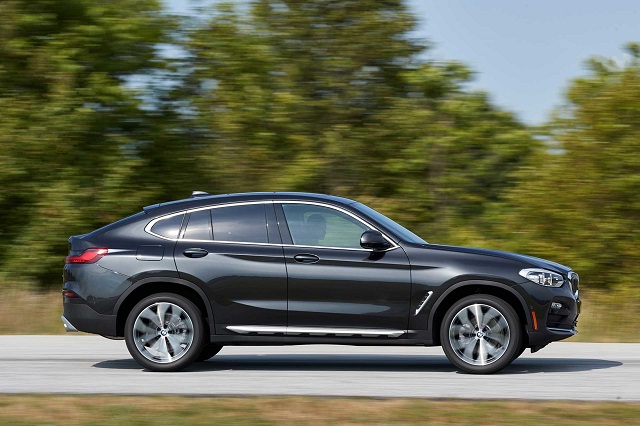 Finally, the smallest model in BMW’s lineup is the X2. Everything is the same as with X3/X4 and X5/X6. Well, the subcompact luxury coupe crossover is not going to offer the M model. On the other hand, such a small vehicle is coming with a 9-inch infotainment screen. This is a noteworthy upgrade for the entertaining. But, the 2021 BMW X2 has a lot of catching up to do to stay in the same league with Audi MMI and Mercedes MBUX.

Again, the price of this model is above the competition. But, you won’t find any other premium crossover with a coupe design. That is why BMW slapped a $36,000 price tag on the X2. 28i and M35i are available versions. The first one is good for 230 hp, while the second one breaches 300 hp mark. The same 2.0-liter unit is the centerpiece of drivetrain systems.

We will leave the luxury class for a while to introduce a couple of non-premium coupe crossovers and SUVs. Toyota is testing the market with the subcompact C-HR. Ever since it entered production, the crossover is drawing the attention of fans and experts. The styling is definitely a key. But, there are a lot of bad moves by the Japanese company. Like said, the big downside of coupe crossovers and SUVs is the lack of room at the back, which is also an issue when buying a subcompact model. Pairing these two enlarges the problem of the 2021 Toyota C-HR.

Still, the vehicle is still out at dealerships. For the 2021 YM, the company added the Nightshade edition. Also, the safety is boosted with SafetySense 2.0. LE, XLE and Limited are available trim levels. The only engine choice is a 2.0-liter naturally-aspirated four-cylinder mill with 144 hp. The 2021 Toyota C-HR is not returning some stunning gas mileage numbers with 27/31 mpg. 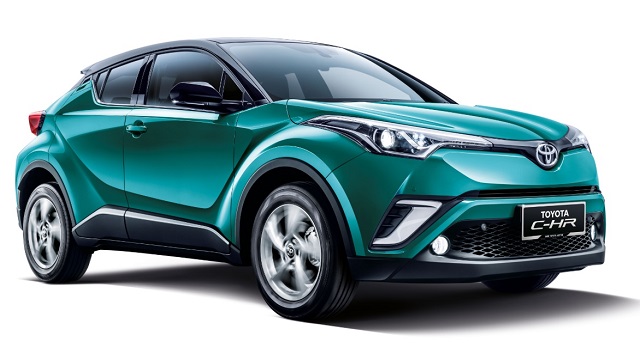 The only trim level available with this model is Sport and the MSRP is under $21,000, making the 2021 Mazda CX-3 one of the most affordable crossovers in the market. Even the options are not going to make it too expensive, and the company prepared fresh paintjobs for $200-300.

Unlike the GLE, the Mercedes GLC Coupe comes with the standard configuration and the AMG upgrade. The base version is available as the GLC 300. Two performance packages will improve the offer. A 2.0-liter turbo engine delivers 240 hp and sends the energy to all wheels. The MSRP starts above $51,000.

Moving to the AMG realm, the situation becomes more interesting. The GLC 43 is packed with a more powerful unit that delivers 385 hp and makes the coupe crossover sprint to 60 mph in just 4.7-seconds. The AMG 63 version Adds 85 ponies, drops 0-60 mph time by nearly a second, but makes the price go up through the roof. If $75,000 is too expensive, then don’t even think about the 2021 Mercedes AMG GLC 63 S Coupe. The base price is $84,000 and the high-end package is going to create more than 500 hp.

The 2021 Jaguar I-Pace is an electric vehicle, which also belongs to the coupe crossovers and SUVs class. The British carmaker delivers a model full of advanced features. Definitely, the highlight is an all-electric powertrain with 394 hp and 512 lb-ft. The range of the EV coupe crossover is 235 miles and recharge needs less than 90 minutes for 100% refill. A quick charge of 40 mins restores 80 percent of the battery.

The new 2021 Jaguar I-Pace could get a more independent autonomous drive. The company announced Level 4 for the future, but it is not realistic to see it so soon. The combination of premium equipment and electric powertrain makes the I-Pace pretty expensive. The base version starts at $70,000 and high-end models are above $80,000. Here, you can purchase Tesla Model X with a longer range and the most advanced self-driving system currently available in the market. 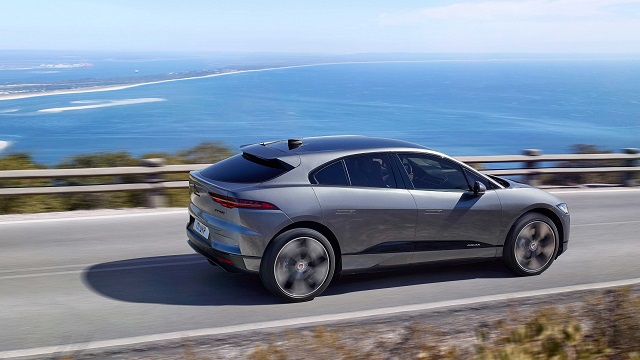 When Audi announced Q4, we thought the German carmaker will take the same path as BMW. But, the crossover is not only a coupe but also an EV. The E-Tron platform will underpin many other vehicles in the future and the 2022 Audi Q4 E-Tron is the first in the queue. The production of electric coupe crossover will start in 2021 and experts believe the new model will be ready to go 280 miles between recharges.

The base price of the EV will be $45,000 and Premium Plus will add $5k more in features. According to early estimations, the motor will be capable of creating at least 300 hp, which will be enough to stop the clock around 6 seconds for 0-60 mph acceleration. Again, autonomous drive and advanced recharging systems are the keys for EVs and Audi is working on improving their technologies.

Infiniti is also preparing a debut of its first coupe crossover SUV. We still don’t have too many details, but the carmaker teased fans with a few images. One thing is sure about it – coupe bodyline. This was enough for numerous rumors to start swirling around. The first theory was that the crossover would be called QX55. It is clear that the upcoming vehicle should be based on the compact QX50.

Nevertheless, soon another version was in the mix – Infiniti QX65. The QX60 mid-size SUV is new, based on the Monograph concept. The carmaker could use the momentum and create its coupe spin-off. The idea of QX65 seems more reasonable, having in mind that the mid-size luxury SUV market is the hottest one, speaking of coupe bodylines. There are a lot more details to be unveiled before we can be in a position to tell more about Infiniti’s plans.

READ MORE: Infiniti QX65 Concept: What We Know so Far? 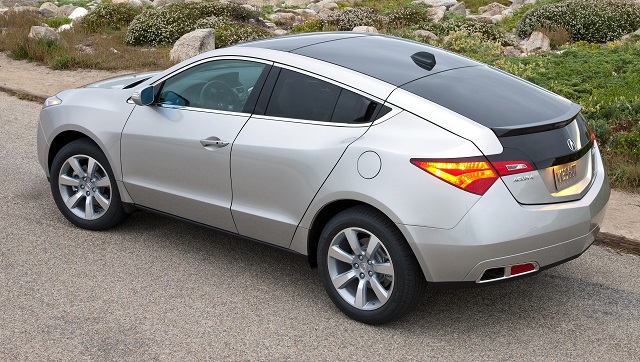 Last but not least. The comeback of the 2021 Acura ZDX is a hot topic. The Japanese premium brand, owned by Honda, is in the market with the compact RDX and mid-size MDX. The Acura ZDX followed the example of the BMW X6. However, it wasn’t so successful. The carmaker axed it in 2013. Now, with increased demand for coupe crossovers and SUVs, the nameplate is about to return, according to rumors.

On the other hand, there are no indications coming from the carmaker. It seems like Honda is focused on a hybrid Pilot and MDX Type S. Still, the 2021 Acura ZDX could be the surprise no one saw coming. With the lack of details, we cannot analyze it deeper. Fans are mentioning the ZDX on social networks, so there is definitely some interest in this model.