The Tiguan is a popular crossover. But, it is not at the top of the priorities for the German carmaker and there are a few other projects that should be finished soon. Fans around the world are still waiting for the ninth generation of the Golf hatchback and Passat sedan. There are a few reasons for the delay. After these two finally show up, the path will be cleared for the third generation of the crossover. Will it happen with the 2024 VW Tiguan, depends on other circumstances. But, the fact is – the vehicle is getting old and out of date.

The company will everything to stay competitive in the compact crossover segment. But, this model is very popular worldwide, while the competition in the US is toughest. Volkswagen is not running away from the battle, but it is always better to take an easier way. The new 2024 VW Tiguan will definitely bring some novelties. Fans expect a hybrid version to join the lineup. The Tiguan R can spice things up in the performance crossovers class. The Allspace is a three-row version, which is not coming to the United States.

Why Buy: Pros and Cons

Even if it comes unchanged, the 2024 Volkswagen Tiguan is going to have a relatively fresh appearance. The company updated the crossover for the current season. Not only exterior but also the interior are new. Some things definitely surprised us, such as heated seats all across the lineup, even in the entry-level Tiguan S. Still, for the ventilation, you need to upgrade the ride, and additional options are not cheap. Nevertheless, the overall impression is that the crossover is packed with excellent equipment at every trim level. The company also worked on improvements in the safety segment.

Still, there are many other things that can be better. For example, a four-cylinder engine is the only option. A 2024 VW Tiguan hybrid is definitely the best choice, but don’t be surprised to see a six-cylinder unit under the hood of the compact crossover. A three-row Tiguan is also there, but additional seats only cut the legroom in the back. Maximum cargo space is about to stay around 75 cu.ft.

The only drivetrain for the US version of the Tiguan is a 2.0-liter turbo-four with 187 horsepower. A small power enhancement can make it better, but it is on the class average value. The gas mileage is not bad as well, since the Tiguan can do 23/30 mpg. All-wheel drive is optional and the company offers drive modes for the best setup in various road and weather conditions. This is a reliable unit, but buyers will look for other options.

The 2024 VW Tiguan hybrid should be the primary choice. The regular setup is putting out good numbers. But, if we compare them to hybrid versions of some rivals, we’ll see that Tiguan is way behind. Nowadays, there are plenty of models returning 35 mpg combined, and the fuel economy is one of the first things in the specs sheet buyers are looking at. With an electric support, the existing 2.0-liter petrol engine can get to the next level of both performance and the gas mileage. Anyway, Volkswagen is not unveiling plans for the US version of the crossover.

Not Available in the US: 2024 VW Tiguan Allspace and Tiguan R

The company added the three-row model of the compact vehicle. But, it was not accepted too well. The overall length stays the same, and the third row harms overall comfort in first two. Anyway, the long-wheelbase 2024 VW Tiguan Allspace is available in some markets. The extended body provides more room for passengers. It is 10-inch longer than the standard version. Also, the same platform is used for the Tiguan X, the all-new coupe body, released only in China for now.

The 2024 Volkswagen Tiguan R is another model we don’t have in the United States. A performance-tuned 2.0-liter engine cracks 315 hp. Some aftermarket and limited editions of Golf hatchback can go up to 380 hp. Highlights of this package are lowered suspension, unique ‘Race’ drive mode, and all-wheel drive. From this perspective, we don’t think the Tiguan R is going to arrive to the US. On the other hand, it can compete with Hyundai Tucson N.

The crossover for the 2024 season still has a lot of time before it debuts. In the meantime, we’ll see what is going on with flagship vehicles that should launch next-gen models soon. The third series of the Tiguan will show up a year after the company updates Golf and Passat. The price of the 2024 VW Tiguan will definitely be higher than the current one, even if the vehicle stays unchanged, thanks to the higher cost of production. Also, the reliability of VW vehicles is uncompromised, but the resale value is not as high in the US as it is in the rest of the world. 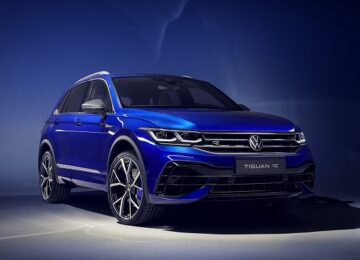 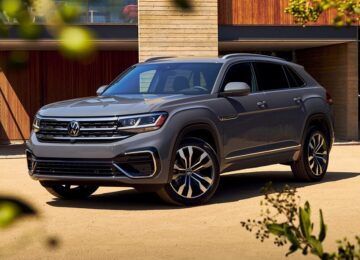 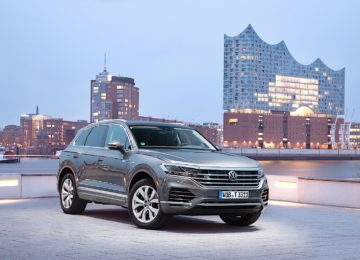 Posted by James - February 1, 2020 0
Atlas replaced Touareg in the US. However, the company kept this nameplate for other markets. This is one of the… 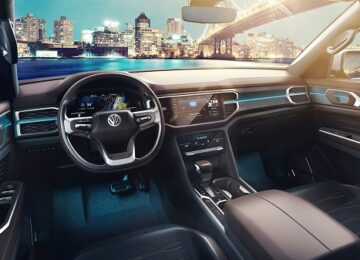 Posted by James - May 3, 2022 0
The 2023 VW Atlas is one of the most anticipated vehicles by the German carmaker for the upcoming season. The…