Highlander is no longer the only three-row hybrid SUV. Now, we have Ford Explorer and premium Lexus RX and Acura MDX. What’s more, Honda announced the new Pilot with the PHEV system. All these threats will make the Japanese carmaker put more focus on the 2021 Toyota Highlander. The new version of the mid-size SUV will be more attractive, with extra options, and a better hybrid system.

Whatsoever, the hybrid is not the only source of power for the 2021 Toyota Highlander. The base version is using a four-cylinder unit, which could get turbochargers. There is more – after packing the TRD Pro model to the Sequoia, we are wondering which is the next model to get this off-road upgrade. Well, the most likely odds are on the Highlander.

The new 2021 Toyota Highlander will keep a V6 drivetrain, that is for sure. However, the rest of the engine lineup is under the question mark. The base versions are using a four-cylinder powerplant, but buyers are not so keen on these models. Also, the hybrid version is ready for the revisit. According to rumors, the company will add the plug-in version very soon.

Instead of a 2.7-liter four-pot mill, we could see a smaller displacement with turbochargers. This unit is already dropped for the current edition, but the company will replace it for sure. A 2.0-liter turbo version won’t be a surprise with around 240-250 horsepower. It would offer a good start for the mid-size SUV – enough power and respectable fuel economy.

A V6 is the most reliable engine in the lineup. A 3.5-liter displacement is good for 295 hp and 265 lb-ft of torque. The front-wheel drive remains standard, although some fans expected possible RWD. The engine sends power through an eight-speed auto transmission. The system returns up to 27 mpg on the open road and the towing capacity of 5,000 pounds.

For 2020 MY, the company presented the new hybrid engine. A V6 is no longer the base for the system. Instead, we find a 2.4-liter four-cylinder unit. The electric motor helps it achieve 243 horsepower. The company cut nearly 70 ponies from the previous version, but engineers make it up to buyers with exceptional fuel economy. There are no mid-size SUVs that will return 35 mpg combined. Well, it is hard to find compact models either.

That is not all since the new 2021 Toyota Highlander will probably offer another drivetrain. Besides the new four-pot mill, fans could see the plug-in hybrid with even higher fuel economy numbers. Also, the new Highlander PHEV will offer an electric range, but we don’t expect more than 25 miles from this system. These rumors still need confirmation.

Test mules of the new 2021 Toyota Highlander are already out, but we don’t believe there will be huge design moves for the SUV. The current version went through a facelift and further changes are not going to happen so soon. So, why does the company hiding the Highlander? The prototypes could be plug-in hybrid models. However, we didn’t notice any openings for a charger. Well, this is going to remain the mystery until Toyota decides to make a new Highlander official.

The new model brings new features and packages. Fans are still exploring the fresh SUV, but one thing is sure – Toyota leaves a lot of options possible and you can build your perfect model. The base model is L. Now, the carmaker is offering Apple CarPlay and Android Auto, and these are optional features for the entry-level version. The mid-range offer comes with two packages – LE and XLE. Some cool features, such as wireless charging and moonroof are the most notable upgrades.

Still, the premium versions will be again Limited and Platinum, with a price tag above $40,000. The first one will bring heated and cooled front buckets, large 20-inch wheels, and JBL audio system. Something’s left for the 2021 Toyota Highlander Platinum. A huge infotainment screen of 12 inches and 2.0 version of the Safety Sense system are the most notable changes.

Highlander hybrid cost $37,500 with V6, and now the price got another bump. Starting at $38,200, this version goes up to $50k for the Platinum package. Still, it will be a good offer when the plug-in hybrid version appears. We believe the base cost for this system won’t be under $43,000. 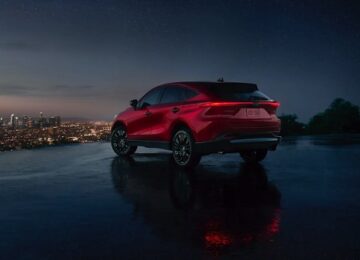