Volkswagen is updating its MQB platform. All sub-brand vehicles will see some changes in the next couple of years. One of them is 2020 Skoda Kodiaq. The Czech carmaker is already developing the new Karoq. Its larger SUV is also going through a facelift.

One of the most notable changes is the new logo. Well, instead of the well-known badge, the new SUV carries SKODA sign on the front fascia. What’s more, the company is adding the DCC adaptive suspension control. However, that makes the price go up. The company also adds a lane change assistant. A blind-spot monitor range is extended. Keyless entry and start upgrades are also available

Drivetrains for the mid-size SUV remain the same. In Europe, a 2.0-liter diesel is the most popular choice. In most markets, you won’t find other options. Two gasoline powertrains are also part of the lineup. In the future, the Kodiaq could get a hybrid engine. That will happen as soon as VW Tiguan PHEV enters the market. On the other hand, a system the new Superb is using will be good for 2020 Skoda Kodiaq as well. 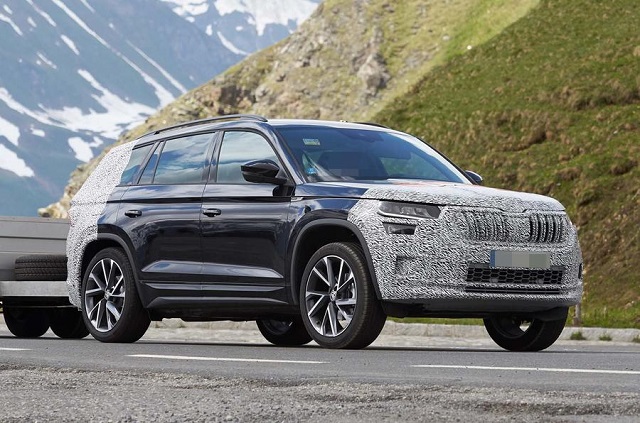 Designers had a lot of work while redesigning the new 2020 Skoda Kodiaq. We can say that, although the company is not unveiling details. Whatsoever, spy photos give us clues about where to expect big changes. Skoda’s badge is between headlights and the bumper is larger than before. Alloy wheels design is changed and it boosts the refresh impression on the new SUV.

We believe that spied model is Sportline trim, with aggressive details. LED headlights will be standard and the interior updates will raise the bar for the infotainment system. We can take notes from the latest Skoda Superb. The sedan was also facelifted recently and its interior is mostly carried over. LED taillights will get a new shape, as well as turn signals, very similar to the all-new Kamiq crossover. 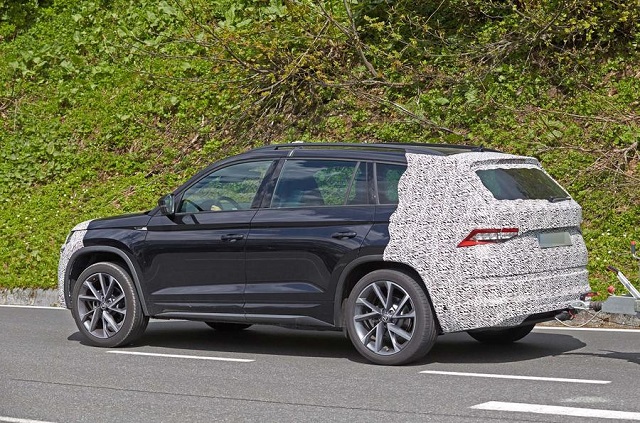 The first choice for most European markets will be a 2.0-liter TDI engine. The diesel drivetrain is capable to produce 150 or 190 horsepower. A six-speed dual-clutch transmission shifts power to front wheels. Optionally, buyers can add some money for all-wheel drive. Also, an off-road 4×4 assistant is available for 1,000 euro.

Besides the diesel drivetrain, the vehicle is going to offer a couple of petrol units. The smaller displacement is a 1.4-liter turbo-four with 125 or 150 horsepower. If you need more power, then a 2.0-liter TSI drivetrain is another option. In this case, you can gain 180 horsepower. A six-speed manual or a seven-pace DCT gearbox is sending power again to the front or all wheels.

New Engines on the Way

The 2020 Skoda Kodiaq is getting new engines. From what we see on spy photos, a trailer could mean something is going on. We believe the refresh under the hood is a 2.0 TDI Evo unit. VW Passat got it after the facelift. If this happens, the SUV can count on 195 hp and 295 lb-ft of torque. The engine takes 8 seconds for 0-60 mph sprint in VW sedan. For the heavier Kodiaq, it will need more time.

Another option is a plug-in hybrid. This one was not spied, but experts are pretty sure it will arrive with the 2020 Kodiaq. We can see another Skoda using the PHEV system, Superb sedan, and the next vehicle to get it is the mid-size SUV.

This configuration combines a 1.4-liter petrol unit, electric motor, battery pack on the rear axle, and a six-speed DSG transmission. The standard petrol engine is producing 150 hp and the electric motor adds 115 hp. Combined, the entire system is good for 220 horsepower. The main advantage of this configuration, besides the extra power, is a way better fuel economy. The Kodiaq will also have an electric range of at least 30 miles.

Two most exciting versions of the 2020 Skoda Kodiaq will be RS and the Sportline. The first one is using the most powerful engine in the lineup, making 240 horsepower. The company installs 20-inch wheels and the RS model stands taller than other versions. Kodiaq SUV with this package performs better on and off the road. Premium sound system and a seven-seat layout are standard for this vehicle.

The 2020 Skoda Kodiaq Sportline edition comes with improved safety systems. Blind-spot monitors are standard, as well as the emergency brake. This trim level also boasts the infotainment system with Smartlink connectivity for Apple CarPlay and Android Auto. Canton audio, Columbus navigation, and wireless charging are highlights of the entertaining.

The new 2020 Skoda Kodiaq is going through a facelift. That means we will see the new pricing list. New engines will increase the cost of the vehicle, but we expect similar costs of the existing models. Whatsoever, we don’t know where the PHEV model is going to land. For Superb sedan, it is 11,000 euro more than for the base model. 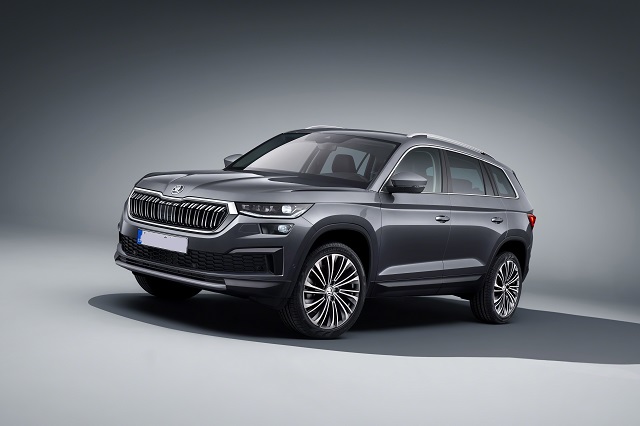