Car and driver magazine reports that Alfa Romeo is about to expand its SUV lineup in the future. Well, the pandemic is slowing down the development and delays the release schedule. Nevertheless, it doesn’t mean the Italian carmaker is going to forget its flagship SUV that put them into map back in 2017. The 2022 Alfa Romeo Stelvio is ready for the first big redesign and this is probably the biggest news ever since the Quadrifoglio version was added. The performance model drew the attention even from the US buyers. Now, the FCA is ready to expand the lineup in the major market in the automotive world.

The redesign will refresh the luxury compact SUV. FCA is becoming one of the key factors in the US market, but there are a lot of pieces to be added before they become competitive against leaders. Well, chiefs mean business and they are showing it with the announcement of the new Wagoneer and Grand Wagoneer full-size SUVs. This will be the final piece of the Jeep lineup. Still, the FCA also needs true premium crossovers and SUVs. Could that be the redesigned 2022 Alfa Romeo Stelvio? It gives FCA another possibility – to jump to the performance world with the Quadrifoglio model. Veloce Ti is another new version that will hit the market in 2022. 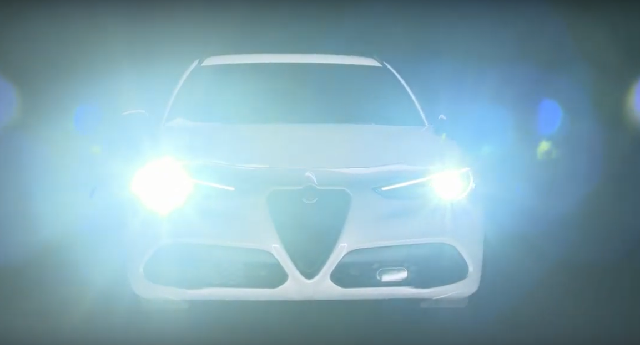 Alfa Romeo brand splits the fans in two blocks – these who love it and those who hate its cars. Well, the company is legendary and it wouldn’t be in the market for such a long time. Still, it is not too popular in the US. Stelvio debuted with good selling numbers, having in mind that dealer network is very limited and buyers didn’t know what would be the resale value. Again, the first issue will make used cars less attractive to new buyers.

On the other hand, drivetrains are the advantage for the 2022 Alfa Romeo Stelvio. Even the base version comes with a unique setup that refreshes the offer. The performance version is Quadrifoglio, with a 2.9-liter twin-turbo V6 and 505 hp. Also, many fans will be attracted by the Italian flair. However, the lack of space might be a downside because of the cool look. Rear-wheel drive deserves the praise. It is something we can rarely meet in the compact segment.

So, the base engine for the 2022 Alfa Romeo Stelvio remains a 2.0-liter turbo-four. The premium crossover is going to be tuned to deliver 280 horsepower and 306 lb-ft of torque. This is at the same level like some V6-powered SUVs. However, the Stelvio was praised because of its superb driving experience and the lack of turbo lags. An eight-speed automatic transmission sends power either to rear or all wheels. The company will also install three different drive modes, so the drivers can select the most suitable one.

A 2.9-liter twin-turbo V6 is an alternative if you like a wild ride. With 505 horsepower, it makes the 2022 Alfa Romeo Stelvio Quadrifoglio one of the most powerful crossovers in the market. There are only a few German models that can allow a similar output to its owners. Of course, such a jump in power needs a special revisit of the entire drive system, including suspension and brakes. This version will reach 60 mph in 3.7 seconds, while the max speed is limited to 177 mph. These are the better results than the Porsche Macan Turbo can achieve.

The FCA will try to keep the 2022 Alfa Romeo Stelvio competitive. Because of that, the company is adding a new version. You already know about TI (Turismo Internazionale). This time around, there will be the new, Veloce TI package, which should update the lineup. Still, a 2.9 engine remains exclusive for the Quadrifoglio. The Veloce TI comes with unique wheels, black accents, Alcantara leather, shift paddles, and several other upgrades.

The rest of the lineup will suffer the revisit as well. The entry-level version keeps leather interior and a big 8.8-inch screen as the highlights. The Sport version is going to improve the driving impression. Also, there are cosmetic upgrades, such as unique 19-inch wheels, special colors, and a more aggressive bumper.

The TI lineup has a new member. As said, Veloce joins the squad, where you can already find base, Lusso, Sport, and Carbon edition. Every TI model receives the special treatment that will improve the appearance and make the crossover more aggressive. At the top of the lineup is the 2022 Alfa Romeo Stelvio Quadrifoglio. Not only upgrades and 505 hp are making this one so interesting, but also the top-notch equipment which comes alongside.

When Will 2022 Alfa Romeo Stelvio Be Available?

The company made a break in 2021 and the 2022 YM might be here sooner than anyone expected. The price of the Stelvio crossover is above $41,000 and it doesn’t get cheaper in the future. The high-performance edition doubles the figures.