All eyes are now pointed to the new Grand Cherokee mid-size SUV. A lot of questions is surrounding the popular vehicle. It throws the 2021 Jeep Cherokee in the shadow, although the compact model can also be redesigned. With more than 200,000 sales in the US only, this crossover has a right to be mentioned more often when speaking of the best small SUVs.

Cherokee is now in the fifth generation. Previous two series, between 2001 and 2013, were marketed with the Liberty nameplate. Another change of the name is possible since many people are mixing the compact crossover with its mid-size sibling, Grand Cherokee.

Expectations from the 2021 Jeep Cherokee are big. First of all, the fans want to see a new look. The crossover was updated in 2019, but most of its design dates back from the 2013/2014 season. In the compact segment, changes are pretty frequent.

Furthermore, the new Cherokee will need a hybrid drivetrain. A couple of four-cylinder units, one turbocharged, and a V6 are making the powerplant lineup one of the widest in the compact SUV segment. However, the future is green and engineers will have to work on a hybrid model to stay competitive. Even a V6 returns 30 mpg on highways, but it is a funny number compared to the Ford Escape Hybrid with 44 mpg and Toyota Rav4 Prime.

The company is focused on larger segments. The new Grand Cherokee is stealing all the attention from the rest of the lineup. Even the new Dodge Durango which will become the new BoF SUV. FCA is also preparing models for the full-size class, Jeep Wagoneer and Grand Wagoneer. You can read all the news about Jeep models HERE.

The compact tier is the best-selling segment in the SUV world. 200,000 buyers have chosen the Cherokee in 2019, but it is not even close to the class-leading sales Toyota Rav4 and Honda CR-V had. To boost the popularity, FCA will redesign the 2021 Jeep Cherokee. With a fresh look and a large dose of changes, the crossover can count on the attention of more buyers. The front fascia updates are the most important. Some say Jeep is ready to leave the trademark seven-slot grille design. This would be a stunning move. However, it would cost them buyers that love this feature.

Designers will also revisit the paint palette. New colors, exterior, and interior will be on buyers’ disposal. The cabin should offer the most space. The overall length of the crossover will gain an inch or two. That will be enough to rearrange the layout and provide extra room both for passengers and cargo. The company is preparing the new generation of the infotainment system. However, the Uconnect is not going to be ready for the 2021 Jeep Cherokee.

The crossover is pretty versatile when it comes to the engine lineup. The base unit for the 2021 Jeep Cherokee will remain a 2.4-liter four-pot, popular Tigershark. The powerplant supplies the small SUV with 180 ponies and 170 lb-ft of torque, returning over 30 mpg on highways. A nine-speed automatic transmission is smooth and sends power to front wheels by default. All-wheel drive is optional.

A 2.0-liter turbocharged engine will use the same elements. However, the turbo system delivers more power for the compact SUV – 270 hp and 295 lb-ft of torque. The fuel economy is on the same level as with the naturally-aspirated four-banger, unless you pick the Trailhawk version that harms the gas mileage by 4 points.

We expect to see a hybrid configuration based on one of the four-cylinder engines. The company has no choice and the task is pretty tough. Nissan Rogue with 35 mpg is not competitive anymore. The 2021 Jeep Cherokee Hybrid needs to jump immediately into 40+ mpg waters if it wants to be chosen by buyers over Toyota Rav4. Ford Escape, and Honda CR-V.

Not only that 2021 Cherokee will offer you plenty of powertrain choices, but also the packages. The base trim is Latitude, which is also the base for Plus and Lux models. The pricing starts at $26,000 for the current edition, but the redesign will increase the MSRP of all models. Upland is bringing 4×4 as the standard feature, which is also the only choice for 2021 Jeep Cherokee Trailhawk. The special off-road edition is one of the most popular units in the class. The carmaker will revisit and make it even more capable of driving on various terrains. The price of the new Trailhawk package won’t be under $35,000. High Altitude is more expensive, but its features are providing comfort and luxury over utility and off-road capability. 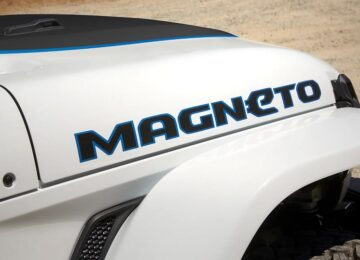 Posted by James - June 19, 2021 0
Wrangler is getting closer to the period where the mid-cycle update is expected. Since no major change is coming next… 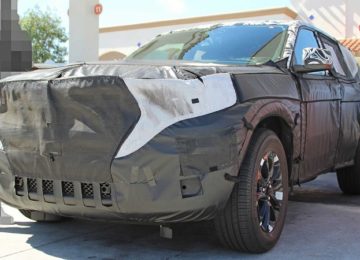 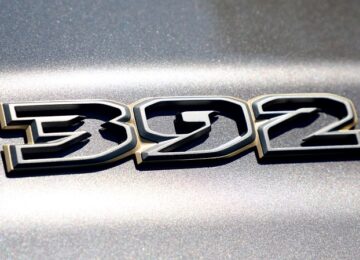