The future of the automotive industry is in electric powertrains. It will take a while until we see all vehicles using zero-emission motors. So, for now, fans are happy to see greener hybrid models at dealerships. Besides cleaner work, such configurations can provide better gas mileage, thanks to the electric support. If the company decides to sacrifice efficiency, then more powerful outputs are guaranteed.

All in all, hybrid powertrains are the perfect match with compact crossovers. In the SUV world, these are still not so popular and that is why the offer is limited. Nevertheless, in the last few years, we saw a lot of new models. Here are the best hybrid SUVs for the 2022 season. 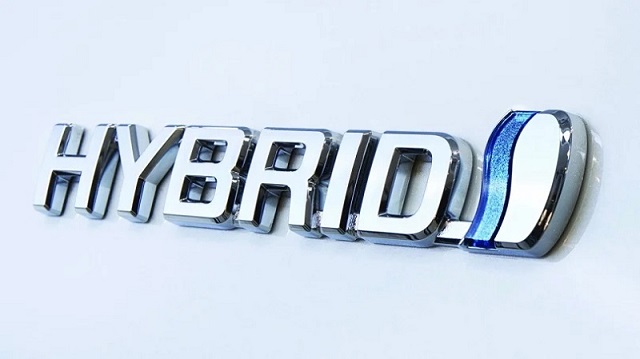 We start with the currently the most popular mid-size luxury SUV. Lexus RX sales can be compared to the non-premium models. The SUV is quite old and we can expect the redesign. One of the reasons for the popularity of this lineup is the wide choice of options. Besides other versions, there are some of them available with a hybrid unit.

A 3.5-liter V6 engine we find on the standard edition is getting support by an electric battery for enhanced power output and gas mileage. The first one is not bringing some radical improvements, raising the bar from 295 hp to 310 ponies. The fuel economy is way better on the 2022 Lexus RX 450h. Another good thing is the price, which is higher for about $3,000 than the petrol configuration.

Ford is in the big electrification process. The final result should be seen in 2025 when all vehicles in the lineup are going to offer a hybrid or an EV version. For the SUV class, the first model to become available is the Explorer. A 3.3-liter V6 engine is under the hood and thanks to an electric motor, the system is good for 318 hp and 322 lb-ft of torque.

A 10-speed automatic gearbox is a power router. Two-wheel drive is standard and it returns 27/29 mpg. With 4WD, you sacrifice a lot, since the 4×4 system is going to consume a lot more gasoline. Towing capacity is respectable. You can tow 5,000 pounds with the 2022 Ford Explorer Hybrid. The price of this version is $52,000, which is slightly higher than expected.

While all the eyes of Jeep fans were pointed to the Hellcat engine becoming available for Dodge Durango and Ram 1500 truck, the 2022 Jeep Wrangler 4xe plug-in hybrid became official. Spy photos indicated that we can expect such an outcome. However, we didn’t know specs details.

The 2022 Jeep Wrangler 4xe is combining a 2.0-liter turbocharged engine and electric motors. The system creates 375 horsepower and 470 lb-ft of torque, which is at the same level as the Hemi-powered unit. The gas mileage is estimated at 50 MPGe. The plug-in hybrid version is going to cost just under $50,000. You can still get a discount from the federal tax refund, which is up to $7,500. 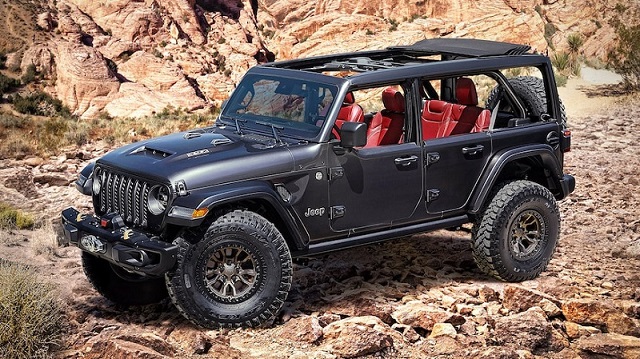 After the update of the standard hybrid system, the Japanese carmaker is moving forward. Now, it will follow the footsteps of the Rav4, the best-selling crossover in the US. The PHEV variant called Prime is on the way.

The 2022 Toyota Highlander Hybrid is now equipped with a four-cylinder engine and it delivers 255 hp. That is 50 ponies more than before when a V6 was under the hood. On the other hand, the gas mileage jumped to 35 mpg. Well, this is something that you won’t find easily, even if browse in the compact crossover category.

The 2022 Toyota Highlander Prime is the next step in evolution. This version is already available on its smaller sibling, Rav4. With 300 hp, it is powerful enough even for a mid-size SUV. For a long time, Highlander was the only three-row model with a hybrid configuration. Now, when rivals started to catch up, Japanese engineers are setting new challenges.

One of the most impressive hybrids already available in the market is the 2022 Volvo XC90 T8. The Swedish carmaker is on the way to electrify the entire lineup, so the T8 PHEV could become a part of history soon. All configurations of the mid-size SUV are based on a 2.0-liter petrol unit. The plug-in hybrid is going to produce 400 hp and 472 lb-ft of torque. Plus the gas mileage is on the respectable level, 27 mpg combined. Driving the SUV by using only the electric drivetrain will allow you to march 18 miles.

The 2022 Volvo XC90 T8 is still the most potent unit in the lineup. But, the new Recharge version could be out pretty soon. On the other hand, the XC100 is the new SUV that is also about to debut soon. The plug-in T8 version is coming with a price tag of just under $70,000.

Land Rover Range Rover is available with a wide choice of engines. Everything starts with a six-cylinder unit, while top versions are using a V8 with 557 horsepower. Also, there is an oil-burner with a lot of torque. The 2022 Range Rover P400e is a plug-in hybrid based on a 2.0-liter turbocharged engine.  Another part of the PHEV system is a 105-kW battery. The P400e is only available with HSE and Autobiography packages.

The 2022 Range Rover P400e is delivering 398 horsepower and 472 lb-ft of torque. The SUV is one of the most expensive hybrids on our list with a starting MSRP of $95,000. The Autobiography trim adds more than $35,000 in value. Of course, the plug-in hybrid is capable of driving electric-only. In this case, the SUV can cover 19 miles. 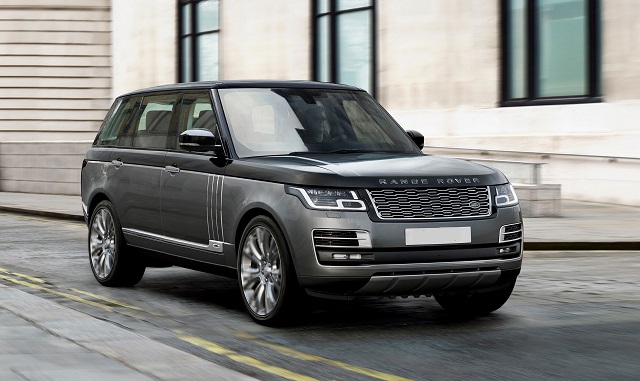 While we are waiting for the EQS all-electric SUV, the lighter, hybrid variant is available with the EQ boost system. The 2022 Mercedes GLS uses it with both I6 and V8 drivetrains. The smaller displacement is a 3.0-liter and it creates 362 hp and 369 lb-ft. The good thing about the GLS 450 SUV is the gas mileage, which achieves 21 mpg combined.

More power comes from a 4.0-liter twin-turbo V8. Another 2022 Mercedes GLS Hybrid is also using the EQ Boost system. Here, you are getting 483 hp and 516 lb-ft of torque. The price is near the six-digit realm, so any upgrade is going to make the MSRP go over $100k.

The 2022 Lincoln Aviator Grand Touring is the latest addition to the SUV’s lineup. The luxury vehicle is not even more powerful. A 3.0-liter gasoline engine features a twin-turbo system and an electric motor. The total output of the Aviator Hybrid is 494 hp and 600 lb-ft of torque. It is way more than the Ford Explorer, a non-premium sibling can do. The gas mileage is 23 mpg, or 56 MPGe if you combine two powertrains.

The 2022 Lincoln Aviator Grand Touring also comes with a few upgrades compared to other versions. It sits above Reserve edition and borrows features from a lower-level model. Besides the leather upholstery and 14-speaker Revel audio system, the Grand Touring also adds a panoramic sunroof, adaptive steering, and a special braking system. 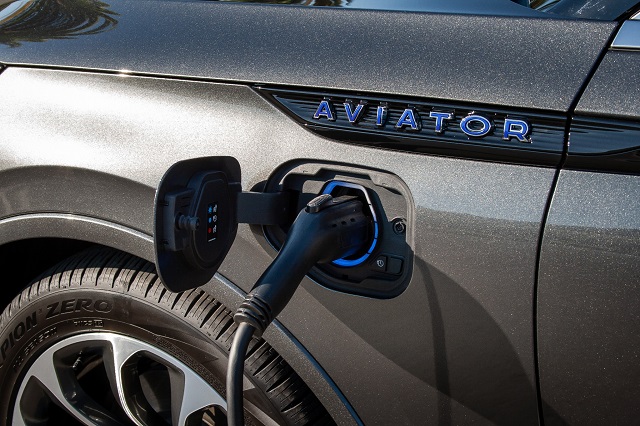 Like the Range Rover, the German carmaker also can be proud of the wide engine range. All of them are very powerful, and the most efficient, regarding the gas mileage, is the 2022 Porsche Cayenne E-Hybrid. The SUV is equipped with a 3.0-liter turbo-six. It bursts 455 hp and 515 lb-ft of torque. So, the E-Hybrid is more powerful than the Range Rover P400e. It is also less expensive, starting at $82,000.

There is another 2022 Porsche Cayenne E-Hybrid version available for purchase. The Turbo S model and electric unit are good for 670 horsepower and taking the price out of limits for most buyers. There are no too many fans willing to spend $165,000. The base E-Hybrid is adding special clusters, unique suspension system, and Sport Chrono Package is standard. The Turbo S package needs to handle the extra power and it makes with the dynamic chassis control and the torque vectoring. A big financial upgrade also brings a heated steering wheel with an adjustable column.

The last model in our list is coming from another Japanese powerhouse. The 2022 Acura MDX Sport Hybrid is coming equipped with a 3.0-liter V6 engine. The base version is using a 3.5-liter displacement. A smaller unit fits better into the hybrid system and the output is 321 horsepower. It also adds 289 lb-ft of torque.

For some while, we were listening about the Acura MDX Type S. Rumors mentioned the plug-in hybrid system with 400 horsepower. Nevertheless, the performance SUV is going to produce 355 ponies and it won’t use a hybrid system. So, the 2022 Acura MDX Sport Hybrid remains the only option and its price is $53,000. You can upgrade it with a few unique packages.