When we say SUVs, we mean vehicles built on a ladder frame. Over the years, crossovers became bigger and now they are called SUVs as well. But, if you ask any older fan, they won’t accept that Toyota Highlander, Ford Explorer, or Mercedes GLS belongs here.

Body-on-frame SUVs are tougher and more durable than those built on the unibody concept. But, they also lack safety, since there are two parts, while the unibody platform absorbs hits with the entire body. Also, old-school SUVs are more expensive. Nevertheless, companies are still producing them. Not too many, though. Here is the list of BoF SUVs you can still buy. 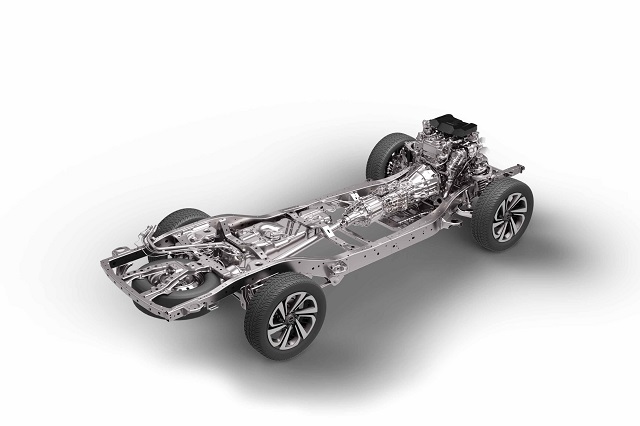 All of those models are built on the same platform. The company is General Motors. There are differences in design, but all of them are using the same engines. Let’s say that Chevrolet Tahoe is the base version. The main powertrain is a 5.3-liter V8. Also, a diesel unit is available. A 3.0-liter mill creates 277 hp and 460 lb-ft of torque. At the top of the engine’s range is a 6.2-liter V8 with 420 hp and 460 lb-ft of torque. All those units are also available for the GMC Yukon. Those are called GM twins for a reason.

The Suburban is a long-wheelbase version of the Tahoe. Again, the same engines are there, but the body is larger. GMC also offers this kind of upgrade through the Yukon XL model. Cadillac Escalade is slightly different. It is a luxury vehicle with plenty of advanced options, such as a Super Cruise drive, and a high-end V-Series performance package. This body-on-frame SUV can deliver 650 horsepower thanks to a supercharged V8 engine under the hood. Still, the price of the Escalade-V is $150,000.

Again, we are talking about the same platform, but different builds. A few things are in common between the standard and the premium SUV. They share the ladder frame and engine. For a long time, the Expedition was the most capable SUV for towing. But now, Jeep Wagoneer beats its capacity of 9,300 pounds. Still, this is more than enough for this type of vehicle.

Like GM vehicles, Ford also offers long-wheelbase versions of its SUVs. Those are Expedition Max and Lincoln Navigator L. Options are the same. SUVs are using a 3.5-liter V6 engine, but the luxury model squeezes maximum power from it – 450 hp and 510 lb-ft. However, Expedition is now at 440 hp for the 2023 season.

Another SUV might join this list soon. The Blue Oval company is considering the return of the Ford Excursion. This is a big thing since the SUV is a heavy-duty model, based on the F-250 truck. But, it is not happening in 2023. 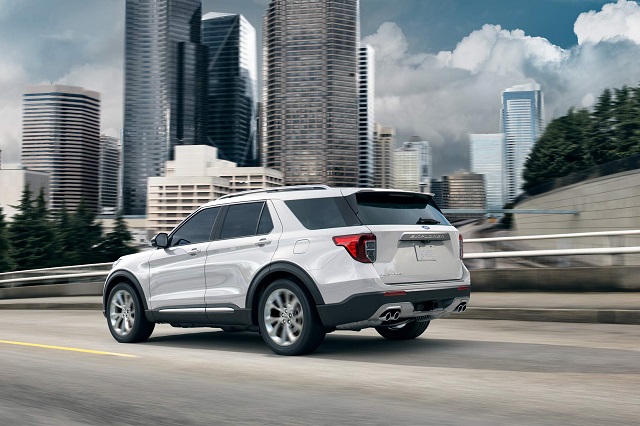 The new name on the market is the Jeep Wagoneer. Well, not quite, since the company brought back this nameplate after 30 years. Anyway, there are two versions with a lot of things in common. For us, the most important – the Jeep Wagoneer and Grand Wagoneer will ride on the BoF architecture.

While other companies have their premium branches and brands, Jeep delivers the Wagoneer as the standard full-size SUV, while the Grand Wagoneer is a luxury model. The difference is not small – $30k! Some of the upgrades you get are stunning. For example, there is a huge infotainment screen in the Grand Wagoneer, wide as the entire dashboard. Also, the SUV uses a 6.4-liter V8 engine with 471 hp. All those things are optional for the entry-level Wagoneer.

Wagoneers are not the only SUVs with a seven-slot grille built on the ladder frame. Wrangler is the favorite off-road vehicle because of its durable architecture. It is smaller than other full-size SUVs and one of the rare models that belong to the mid-size class. Later on in this review, you’ll find others of this kind.

The Jeep Wrangler is using a turbo-four engine, but buyers will rather pick a 3.6-liter V6 unit. The SUV is packed with off-road gear that makes a ride more comfortable. Well, we can’t complain about the Grand Wagoneer’s performance in tough terrains. But, Wrangler is smaller and more agile, which gives leverage to the mid-size model.

Here we talk about the four-door Unlimited version. You can also select a two-door model, which is even smaller. The standard model is 188 inches long, while the 2-door version measures 167 inches. Again, that improves handling, which is pretty important off the road. 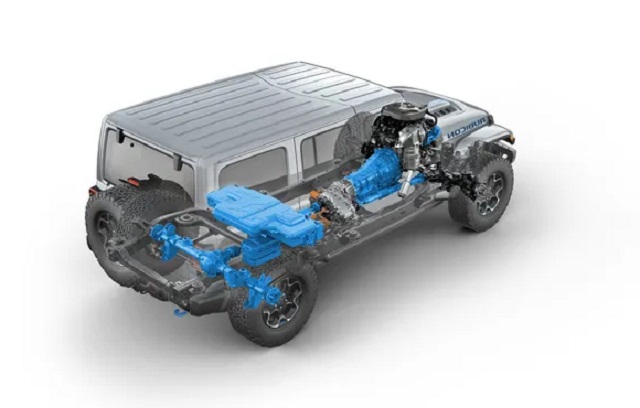 Ford sees the Stellantis group as the new archrival. It looks like the Blue Oval carmaker won the battle with the GM, although there is always the next chapter. Now, Ram trucks are the biggest threat to the legendary F-Series. Plus, the Wrangler SUV dominates the off-road market. So, the comeback of the legendary SUV was the answer.

The Ford Bronco is back. The production hit a few delays. However, no other vehicle drew so much attention when the company announced the return. It was in 2015 for the 2020 YM. For five years, people were talking about the options, drivetrains, mods… Even now. The 2023 Ford Bronco Raptor is still a big wish.

Why this SUV is so interesting? Well, it was discontinued not because of the slow sales, or system failures, but for its performance. OJ Simpson run away in this SUV and a fleet of police vehicles couldn’t stop it. That was a powerful tool for criminals and Ford had to discontinue it not to encourage more crimes.

Bronco is still a new SUV. It will take some time until it catches up with leaders in the segment. Not only Wrangler but also the 2023 Toyota 4Runner. The Japanese company sticks to the BoF architecture both for mid-size and full-size SUVs. The 4Runner should soon hit the new generation and the vehicle is getting a hybrid engine as well. As its mechanical twin, the Lexus GX will bring all those features as well, if the company doesn’t replace it with the TX model.

The biggest issue about the 2023 Toyota 4Runner is its thirsty engine. The company is using a 4.0-liter V6. It is just too big, although fans disagree. Engineers will have a tough task to replace it and keep the performance of the SUV at high levels. That might be the chance for the Bronco to shy. One thing is certain – the 4Runner stays on the ladder frame. Lexus GX – we are not sure about it. 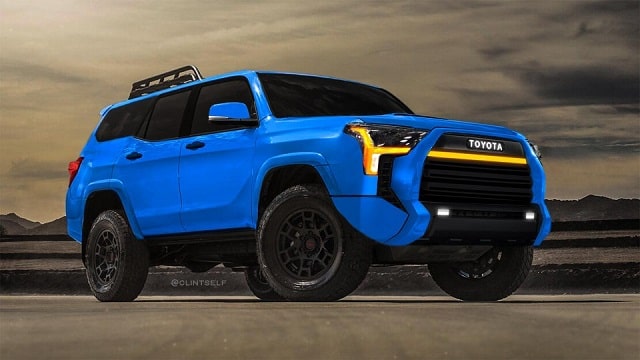 Toyota has representatives in the full-size segment as well. The all-new Lexus LX is currently under the spotlight for its new styling and upgraded engines. The I Force system is replacing a 5.7-liter V8 mill. Although it is a V6 engine, it doesn’t make the SUV less tough. It still can take you anywhere.

Plus, Toyota dropped Land Cruiser from the US lineup. This is a bold move, but the company makes more room for the LX. Buyers in other parts of the world can still purchase the famous SUV that’s been around for more than 80 years. And like the 2023 Lexus LX, it is all-new.

On the other hand, we are still waiting for the redesign of the Toyota Sequoia. The 2023 YM still uses old architecture. But, the upcoming version for the 2024 season will definitely bring a fresh look and I Force engines. Sequoia is already a member of the exclusive TRD Pro group.

Interesting, Mercedes is not building its largest SUV on the ladder frame. But, the legendary G-Wagon is the BoF vehicle. It belongs to the mid-size segment and delivers both performance and luxury. The price is the biggest stumbling block. Even the base version costs a lot, while the AMG package can raise it to $170,000. This is definitely the most expensive body-on-frame SUV.

But, you will get a unique experience. The main powertrain is a 4.0-liter turbocharged V8. In the base form, it cracks 415 hp and 450 lb-ft of torque. The G 63 is a super-luxury SUV with an upgraded engine that delivers 577 hp and 627 lb-ft. The top speed is 149 mph and the SUV is capable of some serious off-roading.

When one of the big German carmakers brings something new, others respond. BMW and Audi were not interested in competing with the Mercedes and the G-Class. It took a few years to BMW to bring the full-size SUV to compete with GLS. But, it was a surprise – the X7 is the body-on-frame SUV. The luxury model is available with the Alpine package, but it costs a fortune.

The biggest downside of the vehicle is the base engine. The company wanted to make it less expensive with an I6 engine. For such a big model, 335 hp is not impressive output. But, the alternatives are bangers. A 4.4-liter V8 for the M50i bursts 523 hp and 553 lb-ft. But, the ultimate version uses the same engine tuned to 631 hp and 590 lb-ft of torque. With such outputs, the X7 Alpina needs just 3 seconds to reach 60 mph from a stop. You will have to pay $155,000 to get this model. 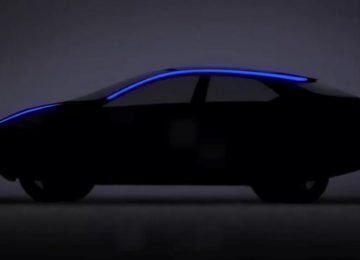