The 2023 Porsche Cayenne Turbo S E-Hybrid is the top of the lineup version of the exotic SUV. Plus, it is one of the most powerful configurations you can find in the US market. Of course, such things are coming at a high price. You will have to pay around $170,000 to get the Turbo S E-Hybrid. It packs all the best stuff from the entire Porsche offer. If this is too expensive, the company is selling lighter variants – with downpowered engines and cheaper equipment.

The Turbo S E-Hybrid is the highest trim level. But, it is not the only one that uses a hybrid system. Compared to the regular one, this setup uses a V8 mill. Also, the standard Cayenne S and Turbo models are available. So, we can say that the 2023 Porsche Cayenne Turbo S E-Hybrid combines the best elements from all those versions and make the SUV so special. 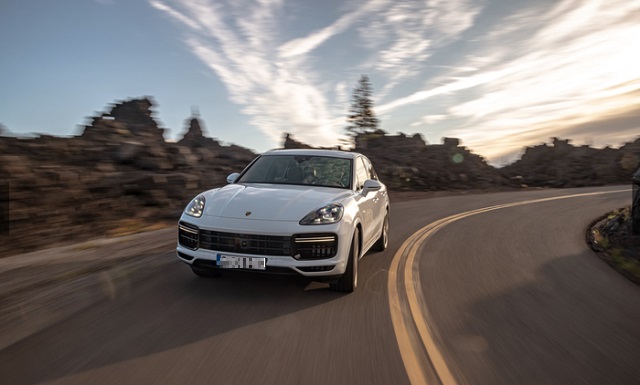 Under the bonnet of the 2023 Porsche Cayenne Turbo S E-Hybrid is a mighty configuration. A V8 engine is the main source of power. A 4.0-liter displacement is also available for the GTS, Turbo and Turbo GT models. But, none of them delivers as much power as the one boosted with the E-Hybrid system. An electric battery is going to make the SUV cranks up 670 horsepower and 663 lb-ft of torque. There are no too many more potent units available in the US market. Those are Jeep Grand Cherokee and Dodge Durango with the Hellcat engine able to burst 700+ ponies. Mercedes and Lamborghini are close.

This hybrid SUV is not going to enhance the gas mileage with such outputs. Still, 18 mpg is still higher than some full-size SUVs can do. In electric mileage, that would be 42 eMPG. The plug-in hybrid system allows the vehicle to go by using only electric power. The range is 26 miles. Still, the performance is not as impressive as with the petrol unit on.

Of course, those output numbers make fans wonder – how fast the 2023 Porsche Cayenne Turbo S E-Hybrid can go? Well, the engine is unchanged, as well as the body lines, so the SUV can sprint 0-60 mph in 3.8 seconds. The company also offers the Cayenne Coupe, with the same packages, but slightly modified body lines. More aggressive styling enhances aerodynamics, and the SUV can do 0-60 mph in just 3.6 seconds. In both cases, you will need the Sport Chrono package upgrade. The max speed of both versions is limited to 183 mph. 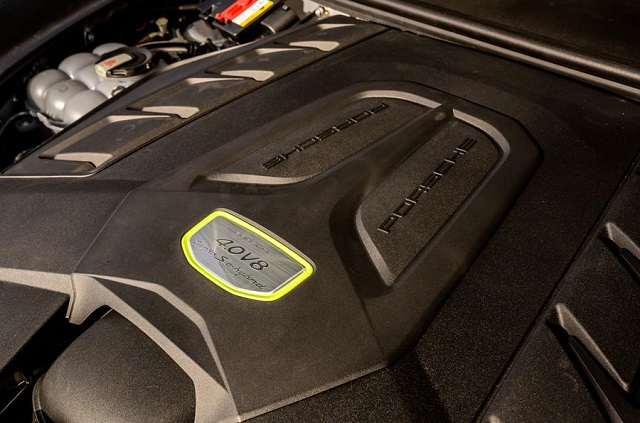 The top of the lineup version is going to combine elements from its close siblings – Turbo, S, and E-Hybrid. LED headlights are standard. The performance will get a boost with the air suspension. Porsche also uses the PASM system and enhanced brakes. Leather seats are heated. The highlight of the infotainment system is a premium Bose sound. The panoramic sunroof is introduced for the S version and makes it all the way to the 2023 Porsche Cayenne Turbo S E-Hybrid. Sport Chromo package is optional and you will need it to get the best performance from the SUV. More additional features can be installed, such as rear steering, Burmester audio with 21 speakers, and adaptive cruise control. We already mentioned it – the Cayenne Turbo S E-Hybrid is also available with coupe styling.

Each trim level is equipped with a unique engine and those are highlights of every package. The base configuration features a V6 with 335 horsepower. Things are getting serious with the Cayenne E-Hybrid. The battery is enhancing outputs of a 3.0-l engine to 455 horsepower. But, fans of exotic cars would more likely pick a 2.9-liter V6 with a twin-turbo system and 435 hp. A 4.0-liter V8 is there for the remainder of the lineup. For the GTS, you are getting 455 hp, and the Cayenne Turbo can deliver 540 ponies. The new Turbo GT squeezes 630 hp and 625 lb-ft from the same unit. Still significantly less than 2023 Cayenne Turbo S E-Hybrid. 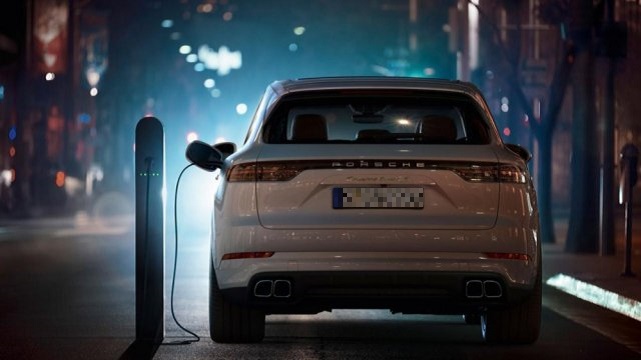 The 2023 Porsche Cayenne Turbo S E-Hybrid costs $170k, while the Coupe version adds $3,000 for the body upgrades. Special colors for the SUV will need another $3,000 financial injection. There are also other options for wheels, interior design, and tech systems. Sport Chrono package costs $1,200. 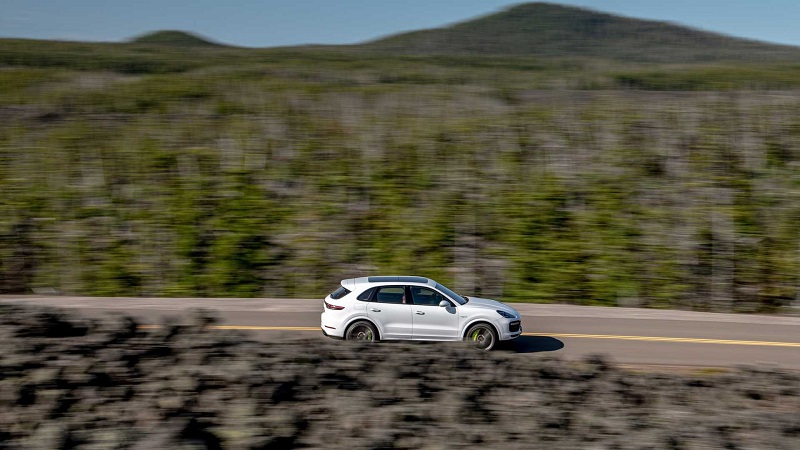