It is impossible to find a new truck-based SUV for $15,000. But, it is about to change with the debut of the 2023 Mahindra Scorpio N. The Indian company is making a bold move and this project is more than interesting. The look, the powertrains, the technology… everything indicates that the Scorpio N is going to be a serious rival to Nissan Patrol and Toyota Fortuner. Mahindra won’t enter the US market any time soon. Unfortunately for buyers, who pay for such vehicles a lot more.

The company updated the lineup recently with new grades. Two of them are for the petrol engine, and three for oil burner. The SUV is not offering a hybrid powertrain. That is something Mahindra has to work on. Also, the company needs to expand the market for the new vehicle. The 2023 Mahindra Scorpio N is available in South Africa and Pacific Asia region. The carmaker also announced debuts in New Zealand and Australia. In the future, the Scorpio N should be available in South America and very likely Europe. For now, there are no intentions of competing in China and the US. 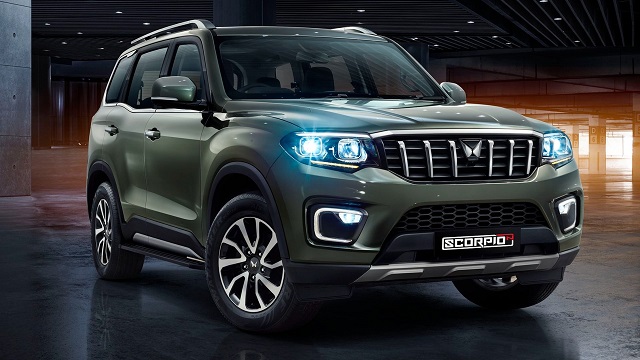 Under the hood of the new SUV will be a 2.0-liter petrol engine with 200 horsepower and 280 lb-ft (380 Nm) of torque. An alternative is a diesel mill with 175 hp and 400 Nm. It is a 2.2-liter turbocharged unit with reduced gas emissions thanks to a hybrid system. Nevertheless, this is not a true hybrid drivetrain, but the feature both petrol and diesel mills are using is there to cut CO2 emissions. A six-speed manual transmission is standard, while you can upgrade it with an automatic gearbox. Also, rear-wheel drive can be converted to all-wheel drive.

Speaking of this option, the 2023 Mahindra Scorpio N also offers the 4XPLOR intelligent terrain management feature. In the drive, you can switch between 2WD and 4WD. Plus, there are three drive modes – economy, off-road and performance. Off-roading is enhanced with a double-wishbone front suspension, Watts link mechanism in the rear suspension, Frequency-Dependent Damping (FDD) technology and MTV-CL shock absorbers.

Mahindra purchased the famous Italian design company Pininfarina, creators of many Ferrari vehicles, Fiat, Maserati, and other cars… Now, this house designed the new SUV. The idea was to make the 2023 Mahindra Scorpio N look like a rugged off-roader. Also, the modern touch improves aerodynamics. So, a muscular look also offers some futuristic solutions. Some would say the Scorpio is just a copy of a Jeep. But no. Unique grille and LED lights distance the Mahindra from the US company and its SUVs.

The Scorpio is a big vehicle with a cabin that can take up to seven passengers. The base version uses leatherette upholstery and seats. A sunroof is there from the start. The center of the infotainment system is an 8-inch screen. Driver’s display is a 7-incher. Mahindra developed their own multimedia system called AdrenoX. It is compatible with more than 70 apps. Of course, you can mirror Android or IOS phone, and use Amazon Alexa as well. High-end grades will use 12-speaker Sony sound system. For now, 20 trims are available. 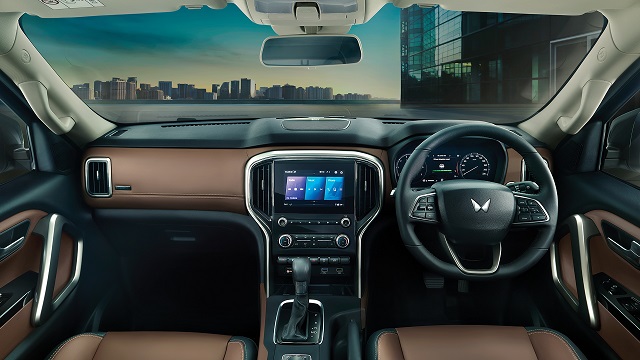 The 2023 Mahindra Scorpio N is probably the best offer in markets where it is available. The base price is just over $15,000 (11.99 lakh in India). Even the high-end versions are not excessively expensive, although the price doubles for the heavily-loaded SUV. Somewhere in the middle, you will probably find the perfect model for you.