The 2023 GMC Acadia might be a star of the lineup. Redesigned, it will definitely draw a lot of attention. The update was initially planned for the 2022 YM. Many premieres are postponed. However, the current year is crowded with debuts, so the 2023 Acadia will have more space. On the other hand, during 2022, we will also see the first appearance of the Hummer truck and other electric vehicles by General Motors.

Changes on the upcoming SUV are coming at the right time. The redesign is a part of the mid-cycle update. The 2023 GMC Acadia will still be in the second generation. The new one won’t be here before 2025. Big styling updates are certain. The interior is under the revisit as well. More space, smart features, and safety equipment are priorities. Of course, drivers should get more aid options. Super Cruise might be available at high trim levels.

The current vehicle dropped a four-cylinder engine. It is not a surprise, having in mind the Acadia is a mid-size three-row SUV. What’s more, experts think the GM is making space for another option. The arrival of a hybrid setup is the most logical option. Also, the carmaker might go after a performance version with extra power. Finally, don’t exclude the all-electric system as well. 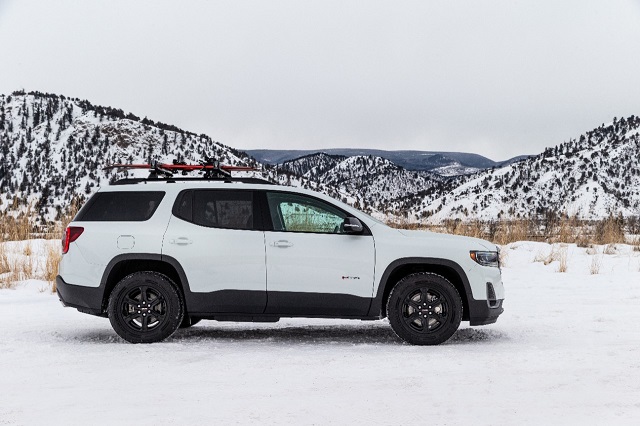 What Will Be New?

As always, the redesign is bringing a fresh look to the vehicle. Although the company is not confirming it yet, the 2023 GMC Acadia will introduce plenty of updates. It is going to improve the chances of the SUV in the growing market. Mid-size SUVs are more and more popular, especially among drivers with larger families. Versatility is the key. But, GM is not alone at dealerships and Acadia’s main rivals are setting up some challenges. The redesign will definitely help.

Besides the eye-catching effect, the company will have to build up reliability, comfort, and safety. GM’s vehicles are highly-rated by NTHSA, and there are no doubts the 2023 GMC Acadia will achieve the highest ratings. The update of the cabin is about to improve the comfort as well. The SUV can take up to seven passengers. The third row was a bit tight, and that is the main task designers will have to complete. If the Acadia grows bigger, the mission will be easier. Captain’s chairs in the middle row are a good alternative if you don’t need seven seats.

We can also hear that the GMC Infotainment System is heading towards the new generation. The speed of changes is incredible in this sector and General Motors is following modern trends. Some features that were optional in the past will become standard. Premium audio and smart technology are taking place at higher trim levels. For example, that will be Super Cruise autonomous drive. On the other hand, navigation, wireless chargers, and smartphone integration services are becoming features we expect to see on lower packages. 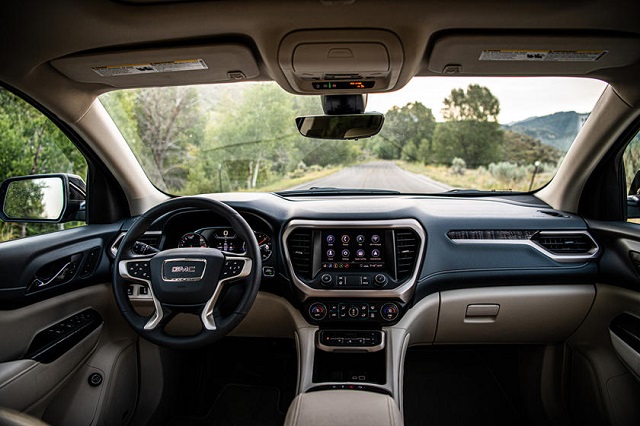 Under the bonnet of the base 2023 GMC Acadia is a turbo-four engine. The company decided to drop a naturally-aspirated four-pot unit. A turbocharged system can deliver 230 hp and 260 lb-ft of torque. That is not something to impress buyers. But, there are still plenty of purchases with a small block. The gas mileage is 25 mpg if you want front-wheel drive or 24 mpg with an AWD. A V6 consumes more fuel, 2-3 mpg, depending on which configuration you pick. Again, front- and all-wheel drive are available, while the standard transmission is a nine-speed auto. A 3.5-liter mill can deliver 310 horsepower, also increasing the towing capacity.

What else can lay under the hood of the 2023 Acadia? A hybrid configuration is something the GM chiefs need to deliver as soon as possible. The company is not present in this world, leaving open doors for Ford and Toyota to dominate. You can see positive signals through the “Our electric future is now” parole. General Motors is serious about electrification, and some of the future Acadias can become EVs. A diesel engine is not likely. Some fans and experts are speculating about a performance SUV that will be rival to Jeep Grand Cherokee SRT.

Two best versions of the SUV will be back in 2023. Those are Denali and AT4. Depending on your needs, you can pack the 2023 GMC Acadia with various equipment. Fans of the off-roading will definitely be after the AT4. Special suspension, 4×4, and skid plates are just a few of many additions. But, if buyers are looking for premium options, the Acadia Denali is the best choice. Some consider it a luxury vehicle. Well, the price tells it all – you’ll have to spend at least $55,000. The base edition will cost over $35,000 after the redesign. 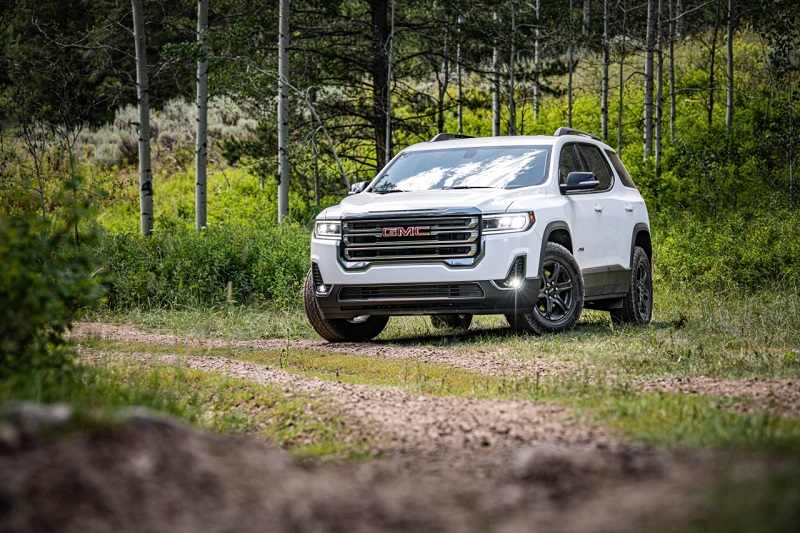 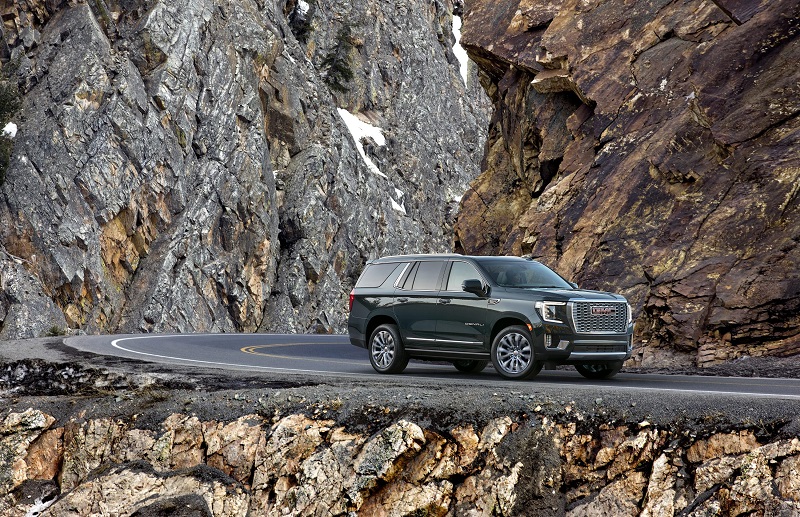