The largest model in the SUV lineup is coming unchanged for the upcoming season. The 2023 Buick Enclave brings a few minor updates, such as the Moonstone Grey color option. Also, the company adds a set of 20-inch wheels for some packages. The top of the class version is Avenir, which is now available for the smaller Envision. The Enclave GX is not an option for the 2023 season.

The SUV belongs to the mid-size segment and seats up to seven passengers. The base price is $43,000 and the configuration includes a 3.6-liter V6 engine. General Motors is not bringing a hybrid setup for the 2023 Buick Enclave. The SUV is very spacious and comfortable. It is also quiet thanks to the advanced noise isolation. A V6 engine is reliable and powerful. On the other hand, gas mileage could be better. But, it won’t happen on the 2023 YM. Also, options are making the price go up pretty easily, especially if you opt for the Avenir package. 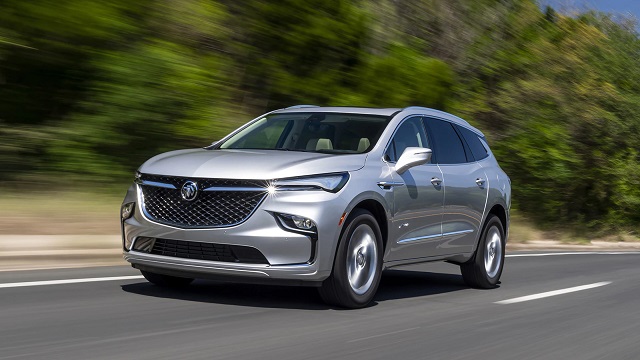 Not too much is new on the 2023 Buick Enclave. The company revisited all the packages available for the mid-size SUV. Also, the cargo capacity is the same, as well as the dimensions of the vehicle. The current generation is becoming old. The company should redesign the Enclave in 2024. The new generation could be also electrified. Nevertheless, all those plans are for the future, while 2023 YM comes with minor revisions. The company didn’t want to go with the Enclave GX, the version of the SUV which would take the slot between the standard model and the compact Envision.

Three models are available for the mid-size SUV. The base 2023 Buick Enclave is the Essence model. It has a few notable features that make the SUV being considered a nearly luxury vehicle. Leather upholstery is definitely an eye-catching option. There are also heated front buckets, hands-free liftgate, zonal climate control, an 8-inch screen, and wireless charging for smartphones.

The Premium bundle upgrades the offer with memory settings for the driver’s seat, HUD, ventilated front-row and heated middle-row seats, as well as the power output. The sound system is way better thanks to Bose. The company also adds a 360-degree camera and digital rearview mirror. 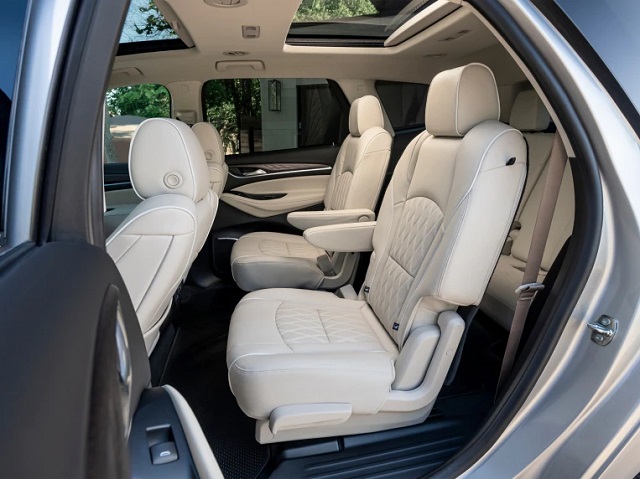 When the Avenir package debuted, it drew a lot of attention. Definitely, it is the most popular version thanks to the premium upgrades. The 2023 Buick Enclave won’t bring too many changes. One of them is the Moonstone Grey metallic color. There are five more free paintjobs for this version: Rich Garnet, Ebony Twilight, Quicksilver, Sage and Emperor Blue. White Frost Tricoat shade costs $600. All those colors are extras for Essence and Premium models, which come in Summit White as the basic paintjob. Cherry Red is the shade unavailable for the top trim. Other notable upgrades for the Avenir package are HUD, panoramic sunroof, navigation, and adaptive cruise control.

The only drivetrain for the 2023 Enclave is a 3.6-liter V6. It is a reliable engine that GM uses on many vehicles. The plant is also pretty potent, delivering 310 hp and 266 lb-ft of torque, which are being sent to the front wheels. Optionally, you can select an all-wheel drive. Nine-speed auto transmission is distributing power to axles.

Unfortunately, fans won’t see the 2023 Buick Enclave Hybrid unit. Experts are not optimistic about this configuration’s availability in future editions. General Motors is not building hybrid drivetrains and it is one of the biggest downsides. A more efficient Enclave would be more interesting. Also, the premium SUV and the performance-oriented configurations are somehow expected. The carmaker is currently focused on its electric range of vehicles. In the near future, there will be 5 models available, and beyond the 2024 season, even more EVs are going to run on the US roads. 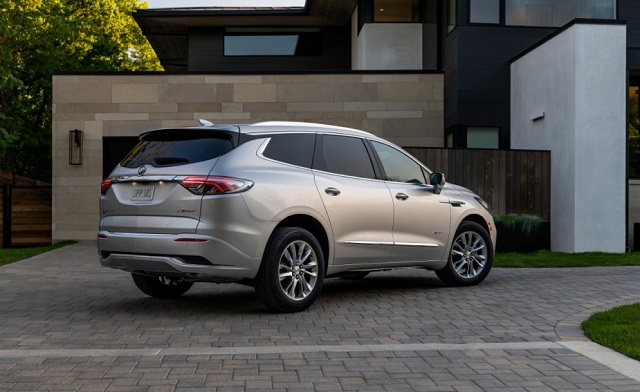 Fans don’t like the price of the SUV. The company is selling the base 2023 Buick Enclave for $43,000. An all-wheel drive costs $2,000 as the optional upgrade. The Premium version already tops $50k, even without an AWD. Avenir is the most expensive configuration, starting at $57,000. It also offers all-wheel drive and Technology Package for $1,600. The SUV is coming out by the end of this year. In 2023, we will find out more info about future upgrades. The redesign is getting closer and the Enclave must deliver something special to stay competitive. A hybrid setup would be enough, but the company might go after an all-electric drivetrain. 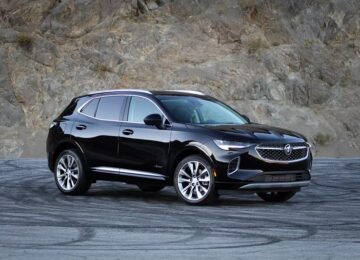 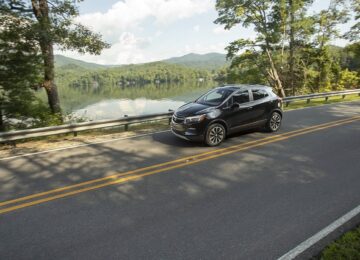 Posted by James - June 3, 2022 0
General Motors is thinking of the discontinuation of small crossovers. So, it might be the last chance to get your… 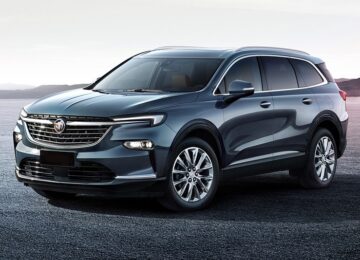 Posted by James - August 26, 2020 0
Like all GM models, the 2021 Buick Enclave redesign is going to be postponed for the following season. Coronavirus caused…