When Fisker Automotive promises something, we must take it with reserve. The carmaker had one stunning production model, Karma sedan. But, everything else was ambitious projects that never happened. It seems like the Ocean electric SUV is on the same way. On the other hand, we are seeing more and more EVs. It might lure big companies to invest in 2022 Fisker Ocean. However, with a bad reputation of promising concepts without production, fans are not so attracted to this news.

There are a few certain things. First, the project exists, and it is not bad. But, the worse thing is that Fisker management couldn’t find investors and gather money for further development and production. Now, when everything is becoming greener, the 2022 Ocean might actually happen. The awareness is growing, more electric vehicles are being introduced every year, and the Fisker should awake its old projects. 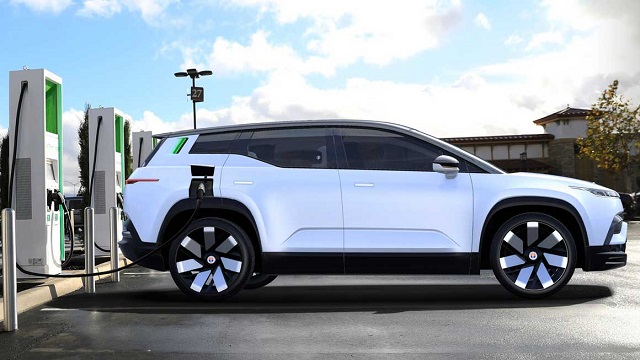 The 2022 Fisker Ocean is not so attractive to investors because of the lack of information. The company announced only a few details about its SUV. It is getting power from an electric battery. According to rumors, the smallest pack will have 80 kWh. There will be several options, extending the range, improving the acceleration, and providing more power. All of them will be able to cover between 250 and 300 miles in a single charge. Recharging times were not unveiled. Experts are also worried about the network stations. Main carmakers are already developing their own systems and make them compatible with other chargers.

The most potent version of the Ocean electric SUV will sprint to 60 mph in 2.9 seconds. On the other side of the lineup is efficiency. Without high acceleration numbers, the battery will keep energy for a 300-mile run. Compared to most other rivals, this is not bad. But, the industry is evolving and Fisker is at the same level as in 2018. Meanwhile, their numbers are not so stunning anymore. 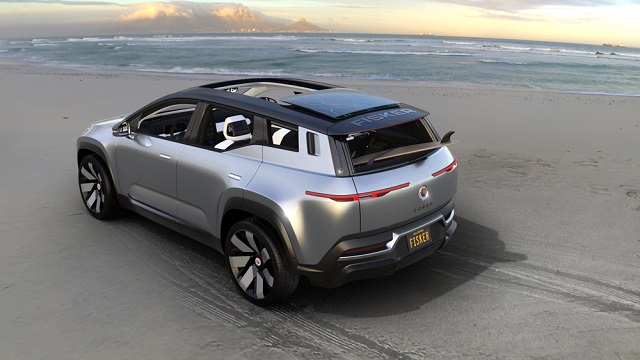 The most spectacular thing of all is the price of the 2022 Fisker Ocean. The company said the SUV will cost only $37,000 at its base form. Well, now we have Tesla Model Y starting at the same level and Ford Mach E being in the same league. But, a couple of years ago, this was unbelievable, since Tesla launched Model X and it cost more than $70,000. With the Ocean prototype becoming old, we will see updates, not only cosmetic but also in the pricing.

Again, Fisker’s history makes us suspicious. So, if you ask experts, they will say the chance of Ocean hitting the production is low like it ever was. It’s been a year since the SUV had a debut. However, we can understand why everything is on hold. Not only new projects and startup concepts are affected by the COVID-19 outburst, but also existing and popular models.

12 Stunning Electric SUVs Concepts Not In Production Yet

At the premiere, we saw a modest interior with not so futuristic design. This is one of the things that drew the attention of fans. Simple controls and a transparent layout will make a life of a driver a lot easier. Plus, the company is working on the autonomous drive. This is a high-end option, so it might not debut with the first edition. A large touchscreen display sits at the center of the dashboard. Clusters are fully-digital and the prototype featured HUD. Upscale materials and these advanced accessories will be available on higher trim levels if a company wants to make the 2022 Fisker Ocean a budget-friendly SUV.

Designers will also have a task to improve the interior space. The only production vehicle, the Karma sedan, lacked room at the back. Cargo space won’t be a problem. Besides the storage behind seats, the SUV is coming with the “frunk”. The battery will be placed under seats, and not under the hood, which leaves the front area available for storing items. Apple CarPlay, Android Auto, Amazon Alexa, and wireless charging will all be there. Again, the offer is going to depend on the trim level. 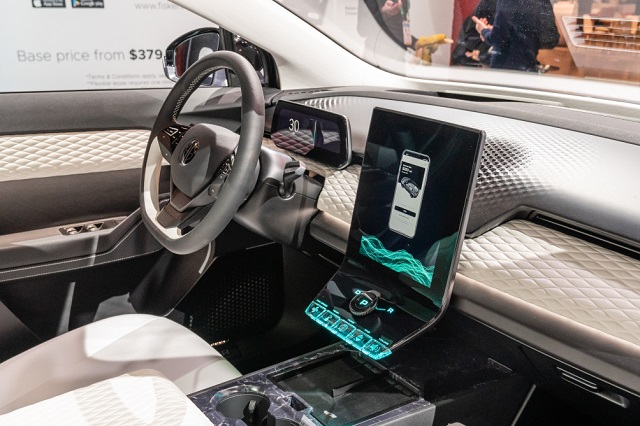 It seems the main question is if the SUV is ever going to happen. But, a year ago, the 2022 Fisker Ocean looked nice and ready for production. Not the first time by the same carmaker. Now, it is even harder to make predictions. Soon after the premiere, the coronavirus pandemic started, and most projects are delayed. But, in the future, the Ocean might be one of the best models in the market. The SUV has a cool look and draws even more attention with an attractive price. If the MSRP starts from $37,000, minus $7,500 tax refund credit, there will be plenty of buyers looking to purchase the new EV. There is a lot of work needed before the Ocean hits the production, though.