The coupe SUV was redesigned for the previous season. This and the next one are going to serve to test the market and get impressions. In 2023, the German carmaker is going to deliver the first update with the concept based on the iNext platform. It will allow the X6 to become an EV. However, this version is not coming before 2023. Meanwhile, the 2022 BMW X6 will stay the same, without changes under the hood and inside the cockpit.

This is the close sibling to the flagship X5 model. But, designers are sacrificing interior space by sloping the rear end of the roof, to gain a more aggressive appearance. Now, more companies are involved in the coupe SUV market. It makes BMW evolving. After the 2022 BMW X6, electrification is going to become the priority. Until this happens, the SUV remains the same one we saw last year after the redesign. 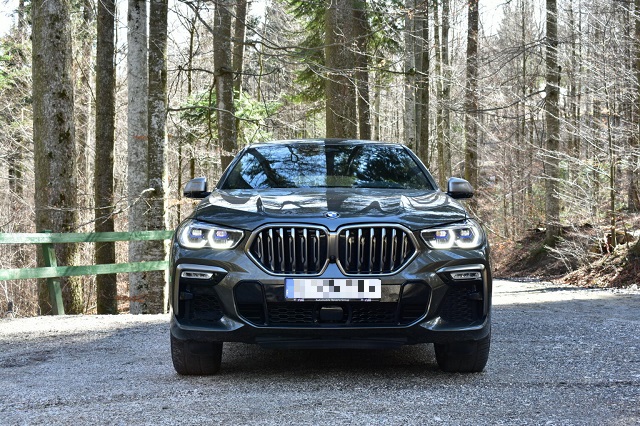 There are no surprises on the 2022 BMW X6. The offer starts with an I6, but you can also upgrade the power with a V8. The ultimate model is the X6 M. The base version comes with a 3.0-liter turbocharged engine and 335 horsepower. This is not a stunning output for this kind of SUV. It also adds 330 lb-ft of torque. Engineers paired an inline-6 with an eight-speed gearbox. Driving modes will increase fuel economy, comfort, performance, or off-road capability. The redesign brought new features under the hood, such as fully variable-valve timing. Now, the X6 is more powerful than before, which results in faster 0-60 mph acceleration. The base configuration will do it in 5.3 seconds, 0.5 sec better than the previous version.

If you select a V8, the M50i is going to return 523 horsepower and 553 lb-ft of torque. Do not mix this one with the 2022 BMW X6 M. We will analyze it in the next chapter. The M50i combines an eight-cylinder engine with an eight-speed auto transmission. The xDrive AWD is standard. Such a configuration speeds up the SUV, which can hit 60 mph in just 4.1 seconds. Again, this is a big improvement compared to the previous edition. The downsides are enormous fuel consumption and a pretty hefty price.

The most powerful unit in the lineup. The 2022 BMW X6 M is going to deliver 600 horsepower. But, that is not all. Upgrade it with the Competition package, and you are getting 17 ponies more. Torque stays put at 553 lb-ft. Extra power will make the performance-coupe-SUV faster. It hits 60 mph in just 3.8 sec (3.7 Competition). Besides the stunning performance, this version is going to delight fans with the styling and details. Of course, the latest technology can be found inside the cockpit. The price will show what to expect. The X6 M starts just under $110k and ends up over $120,000 with the Competition and a few other upgrades. 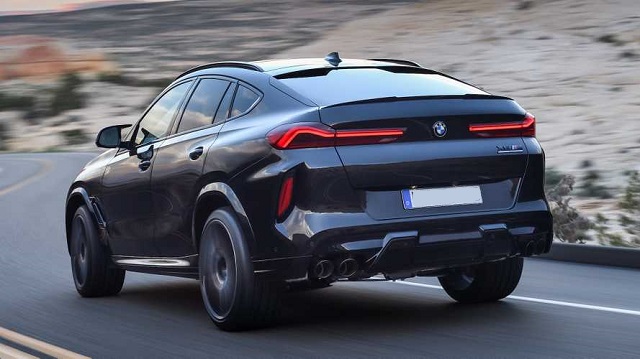 Well, we started with the high-end version. Still, lower levels are also pretty exciting. The base one is coming with a so-called xLine exterior. The panoramic sunroof is standard. The iDrive7 multimedia and 12.3-inch display are highlights of the interior. There, the RWD is still possible.

Lighter versions of the M package are also available. The M Sport brings cosmetic updates, such as Shadowline trim, special exhaust, and an M-design steering wheel. Also, suspensions are tuned for a sportier ride.

The 2022 BMW X6 M50i would be the most impressive version in the lineup if there is no the M model. Twin-turbo powertrain already brings the noise. The M50i package adds advanced M features, such as braking components, or the rear differential. Premium audio and smart, zonal climate control will make the ride more comfortable.

The new version for the 2023 season is already spied. Thanks to the BMW Blog, we can throw a glance at the first images of the upcoming coupe SUV based on the iNext architecture. The release date might be moved for 2024 since the arrival of the coded G05/06 models is expected in the spring of 2023. The entire family is moving toward electrification, so it is just a matter of time when will the X6 become an EV. The LCI architecture is going to underpin a big electric SUV by the Bavarian carmaker. The first model is on its way. It will be the i4 coupe. Soon, engineers will expand the lineup to the X-Class.

The unchanged model for the next season will come with the same price. The sDrive RWD and I6 start at $66,000. You can find much cheaper offers in the mid-size premium SUV class. The best-selling Lexus RX is under $50k. If you are really after the German luxury, you can still save a bit by buying X5. With a price tag of $87,000, the 2022 BMW X6 M50i is more expensive than some full-size premium models. 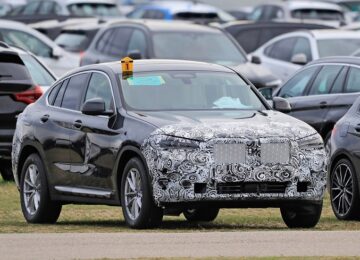 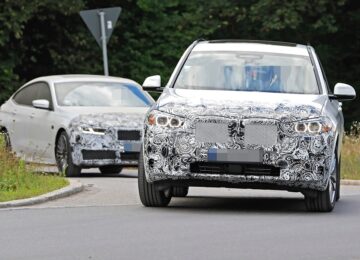 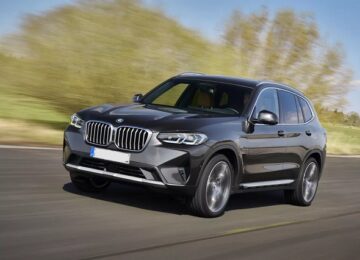 Posted by James - September 19, 2021 0
Although small, the X3 is one of the flagship SUVs. The vehicle is popular in the homeland and across the… 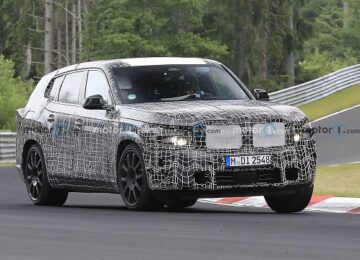