Tesla launched another electric crossover SUV this year. Model Y is the lighter version of the Model X, which came with stunning performance, but also high price. The 2021 Tesla Model Y is coming unchanged, with already announced versions for the upcoming season. The vehicle is there to compete with growing competition. More and more carmakers are about to launch their EVs soon. One of the biggest threats to Tesla’s monopoly is the Rivian R1S SUV.

The first impressions are pretty positive. The Model Y is pretty roomy, although it is smaller than X. Buyers can choose from several setups offering different power and range outputs. Well, the 2021 Tesla Model Y is not going to be perfect, though. Integration with smartphones is missing, and the Standard Range edition is pretty expensive. If you are looking for more power, then the Performance version will meet most demands.

The electric battery for the 2021 Tesla Model Y is going to provide power for 230-315 mile drive, depending on setup. The base configuration is Standard Range, which combines an electric unit with an RWD setup and 230 miles of range. Max speed is 120 mph and the crossover needs 6 seconds for 0-60 acceleration. This is the biggest novelty for the 2021 season since the Standard Range vehicle is not part of the lineup in 2020.

Currently, buyers can select the Long Range models with rear- or all-wheel drive. The upgrade costs $2,000 and also adds extra range (315 miles). The RWD model will go 300 miles between recharge and the sprint time is 5.5 seconds. Max speed is 130 mph and AWD is 5 mph faster. Everything is better when the battery sends power to all four corners, including top speed, acceleration (5 sec for 0-60), and range (315).

The top of the class version is the Performance with 300 miles of range, AWD, and 3.5-second 0-60 acceleration time. Also, the max speed gets to 145 mph. Of course, this is the most expensive package of Model Y.

The design of the interior is minimalistic. Well, we expect such things from the company. There are no too many knobs and at the center of the dashboard is a huge 15-inch screen. You will notice that the display is positioned horizontal, not vertical like we used to see at newer Tesla cars. Although futuristic, the interior of the 2021 Tesla Model Y is also clean and simple.

Of course, don’t let this layout trick you. The crossover is full of advanced features and options. Bluetooth is one of the possibilities to pair your smartphone. The infotainment system also offers 15-speaker audio. Plus, the navigation is standard, which increases the value of the base package.

Tesla was the only carmaker delivering an SUV with a purely electric drivetrain. Well, it is still the dominant factor in the market, but many other companies are trying to catch up. Of course, the first one is Ford. The Blue Oval already introduced the Mach 1, Mustang-based electric SUV. The production should start soon and the model will hit dealerships in the next few months. Also, Toyota is a step closer to the full electrification of the Highlander. Nissan introduced the Ariya concept, which will underpin the future crossovers with an electric motor. Finally, there is the Rivian, as the startup project with a few EV ideas. One of them is the R1S SUV. Many big companies recognized the potential of the platform and started investing. Amazon is probably the biggest suitor, and even Ford added some funds to compete with 2021 Tesla Model Y.

In the premium segment, German carmakers are the most serious threats to Tesla. BMW iX3 is already here, and it is just a matter of time when will the iX5 arrive. Audi is going to debut with the Q4 E-Tron as well. Jaguar I-Pace is showing promising signs, but it is still not at the same level as Tesla.

Read more about models in this growing segment:

Tesla launched the new crossover last year. The Model Y was available only as the Long Range vehicle and AWD mode. These versions will remain the same and the price of the base unit is just under $50,000. There are also two editions of the Performance model. The lighter edition is $10k higher, while the additional speed boost (max at 155 mph) will cost you $1,000 more.

The 2021 Tesla Model Y debuts with the Standard Range and rear-wheel drive. These are the biggest changes that will introduce the edition with lighter performance. The luxury crossover will also attract the attention with a discounted price. It starts at $40,000. The Long Range version with RWD is the next thing we will see from the Model Y, but in 2022. The MSRP of this configuration will be $48,000 and it will offer the maximum range – 335 miles.

So, the update is expected next spring, when the company set the debut for the Standard Range version. A six months after that, the Long Range RWD will also join the lineup. 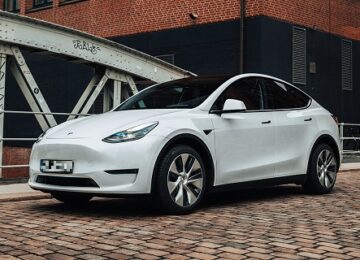 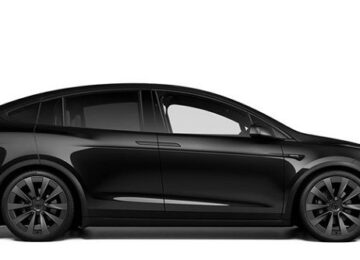