JLR announced the new Defender as the most capable SUV in the market. Well, we can speak of it. The new vehicle offers plenty of options, including a hybrid drivetrain, different cabin configurations, packages… The 2021 Land Rover Defender will also bring a powerful V8. The styling remains the same since the SUV debuted this season. The British carmaker will wait with updates until the competition responds. Well, one of the biggest debuts in recent history should happen soon. Ford is bringing back Bronco, which will definitely draw a lot of attention and steal buyers from Jeep Wrangler and Land Rover Defender.

We got used to seeing a lot of choices under the hood for all the Land Rovers. The Defender will offer more than two, available for the first appearance. Besides a four- and six-cylinder units, the 2021 Land Rover Defender will also come with a V8 engine capable to produce much more power. Outside the US, the carmaker made this SUV available with a hybrid configuration. It will cross the ocean next season.

The 2021 Defender 90 is a badge for a two-door configuration. If you are looking for a four-door version, then Defender 110 is the nameplate. These layouts are matching the offer of Jeep Wrangler. Still, Land Rover is not going to make its SUV with an open roof style. 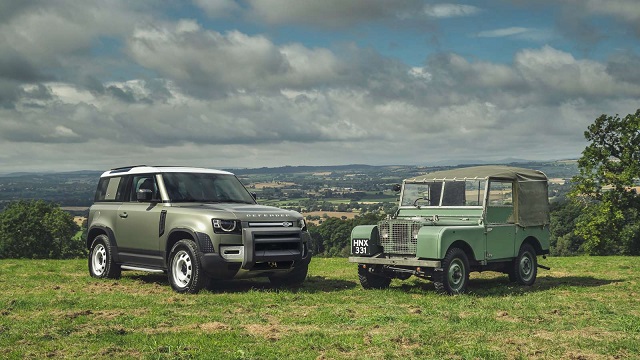 Nurburgring is a well-known place for testing new models and engines, especially these with high outputs. The 2021 Land Rover Defender was spotted recently there. The first thing coming to our mind was the V8 prototype. Later on, informers confirmed the company is preparing the largest displacement for the upcoming SUV. According to plans, the engine is going to deliver around 500 horsepower. Also, an air suspension is being tested, which promises a way better off-road performance. The V8 fans can expect under the hood of the Defender is a 5.0-liter supercharged unit, also available for some high-end Range Rover SUVs.

Besides the new gasoline powerplant, US buyers will see the 2021 Land Rover Defender with a hybrid configuration. It is not the first time JLR is into such projects. Even some premium Range Rovers will come with plug-in hybrid setups. The best thing about it is the potential for complete electrification. Be sure that Land Rover will be there to fight against Tesla models soon. Now already small Jaguar crossovers are offering the electric battery instead of a conventional engine with internal combustion. However, it is way harder to make an efficient and capable electric motor for a large SUV. 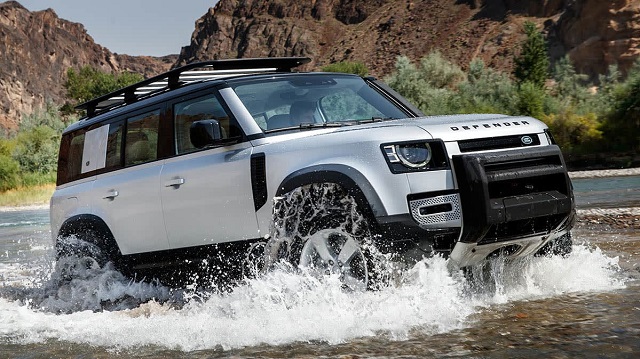 The existing lineup of engines will be carried over for the 2021 Land Rover Defender. The base model is offering 296 hp and 295 lb-ft of torque from a 2.0-liter turbocharged four-banger. Outputs are the same for both two- ad four-door models. A 2.0 engine is coming in a pair with an eight-speed automatic transmission that sends power to all wheels. A 0-60 mph acceleration time is 7.7 seconds.

The same transmission and drive mode are available if you decide to purchase an inline-six engine. A 3.0-liter turbo engine also features a mild-hybrid system. The total output of the P400 model is 395 hp and 406 lb-ft. This version is faster and also tows up to 8,200 pounds. That makes the Defender one of the best haulers in the SUV segment. 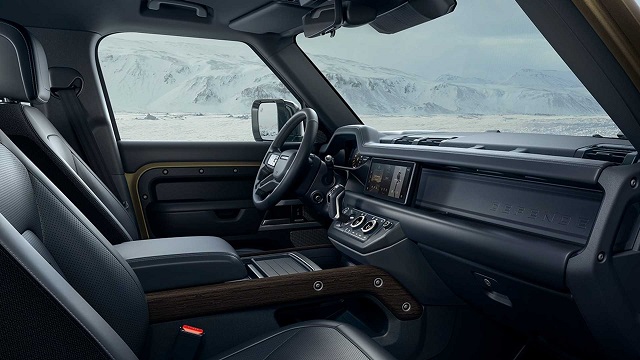 The Defender is not considered as the premium SUV, but its price is saying different. The pricing starts just under $50,000 for the entry-level version with four doors. A two-door version is going to save some money. Fans of such vehicles will love this option. The price jumps easily with every next upgrade. The base package for the 2021 Land Rover Defender includes LED lights and fabric seats. The S model already adds grained leather and a 12-inch display. Larger wheels are also there, while 20-inchers are coming when you select the SE. A V6 engine is standard here, as well as some of the most advanced safety features in the market.

The premium offer starts with the HSE. Ebony leather upholstery is one of the reasons why this package costs nearly $70,000. Well, blind-spot monitoring and adaptive cruise control are standard as well. the First Edition is not coming back with the 2021 Land Rover Defender, and top of the lineup version remains the Defender X. Memory buckets with heating and ventilating functions, and power-adjustable positions are the highlights. The drive impression is enhanced with the all-terrain progress control system. Well, the price reaches a stunning $81,000. 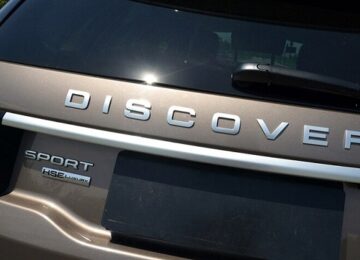 Posted by James - February 28, 2022 0
Upcoming changes on the 2023 Land Rover Discovery Sport won’t change the pecking order on the luxury crossover market. The…