The mechanical twin of the 2021 GMC Terrain, Chevy Equinox, is postponed for the 2022 season. The compact crossover was introduced, but the situation made GM delay the production. On the other hand, we cannot hear or read the official statement about the GMC Terrain. So, we will expect it this fall with plenty of changes. The second generation of the compact crossover arrived in 2018 and the first big update will happen in 2022, a year after the Equinox. Still, the upcoming season will bring us some surprises, and one of them is the off-road oriented model, Terrain AT4.

The company is not bringing back the diesel engine yet. It might happen after the facelift. Still, we hope that a hybrid engine will become part of the lineup. Denali is top of the range offer. Some consider this one as the luxury crossover. The highlight for the next season is definitely the 2021 GMC Terrain AT4 (all-terrain 4×4) model. It adds another option to buyers of the compact SUV.

Under the hood of the base 2021 GMC Terrain will be a 1.5-liter turbocharged four-cylinder engine with 170 hp and 203 lb-ft of torque. This is the class average output. General Motors is pairing the engine with a nine-speed automatic gearbox and the Terrain will offer front- or all-wheel drive. Fuel economy reaches 30 mpg on the highway, and AWD is thirstier, returning 26 mpg combined.

If you want more power, a 2.0-l turbo unit is adding 80 more ponies. Also, the torque goes up to 260 pound-feet. The same transmission is a power router and the FWD is standard again. In this case, both drive modes are consuming the same amount of gasoline – 23 mpg combined.

The 2021 GMC Terrain is not offering a diesel engine. Previously, GM’s compact crossovers were rare ones to offer oil-burners. Still, with many other carmakers developing hybrid units, General Motors had to clean the lineup. Nevertheless, the 2021 Terrain is not going to bring a hybrid technology. We are not sure if this is going to happen in 2022 since the redesigned Chevy Equinox is about to use the same petrol plants. If GM wants to remain competitive in the market, it will have to develop a hybrid engine for compact crossovers.

Just for example, Toyota Rav4 is already launching the PHEV version called Prime. This small SUV was the first one to offer 40 mpg. Honda CR-V matched the offer, while Ford Escape hybrid beats it with 44 mpg in the city. Even the Nissan Rogue is out of the league with 35 miles per gallon.

The 2021 GMC Terrain AT4 is going to bring something new to the market. It is not easy to find a compact SUV with off-road equipment. There are tries, but companies are more focused on bigger rigs. So, the GMC is stepping up and delivers special upgrades for its vehicle. The package will include special suspension and shocks setup with few body-protective features.

The entry-level crossover is SL, and it uses 17-inch wheels. Android Auto and Apple CarPlay are competitive with the GMC infotainment system. Still, the base package is better to skip. The SLE is not bringing too many upgrades. However, a 2.0-liter engine becomes an optional drivetrain.

For the 2021 Terrain SLT, the company is putting more effort. There is a leather upholstery to improve an overall impression. A power liftgate is standard and a larger infotainment screen sits at the center console. Front seats are heated.

The 2021 GMC Terrain Denali pushes the premium offer to the limits. The rear bench is also getting heating, while front buckets are ventilated. Safety features are enhanced, now including blind-spot monitoring, cross-traffic alert, and parking sensors.

We will stick to the original plan. The 2021 GMC Terrain should debut this fall. There are no indications of a delay. Nevertheless, it won’t be unexpected. The crossover is debuting with the new package and fans are already eager to get it. The starting price is not going to change ($25,000), as well as the MSRP of the high-end Denali package ($45,000). The company is not announcing the price of the AT4, but experts believe it will land somewhere between $37,000 and $40,000.

What’s Next For the Crossover?

Looking at its twin, Chevy Equinox, you can say the level of changes on the 2021 GMC Terrain is modest. So, the redesign must happen in 2022. Besides the new styling and interior, the update will have to bring a hybrid drivetrain. The competition is already a few steps ahead. GM still sells its compact crossovers well, but the speed of innovation and adaptation nowadays is way faster. Fresh design, inside and out, and engine upgrades will be enough for the Terrain. The crossover is already pretty versatile, offering luxury and utility upgrades to its buyers. 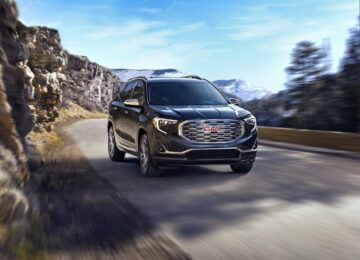 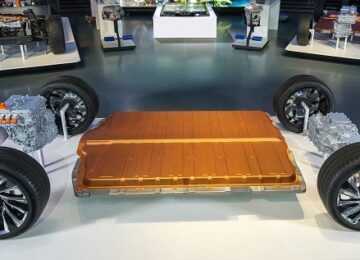 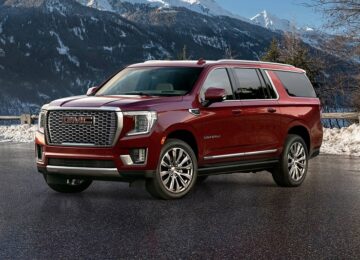 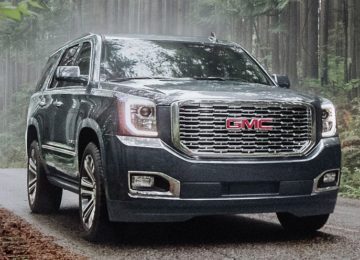